SUEZ announces, with its partner Brookfield Infrastructure, an agreement to acquire two companies – H2Olmos (H2O) and Concesionaria Trasvase Olmos (CTO) – in Peru (1). These companies are in charge of concessions serving the Olmos valley irrigation project. With new infrastructures and specially designed services, they supply the water resources necessary for the valley’s agriculture and food industry development. In addition, SUEZ will provide operations and maintenance services to each of these companies, generating total turnover of approximately €120 million (2).

Situated in an arid region of Peru (3), the Olmos valley is affected by drought, which limits the development of its agricultural and food industries. Faced with this region’s major environmental challenges, the Peruvian government and regional authorities began a vast irrigation project at the start of the 20th century. Firstly, the project involves diverting water from the Huancabamba River, from the Atlantic side to the Pacific side of the Andes. As part of a PPP (4), CTO has been involved in building, operating and maintaining the Limón Dam, and a 20-kilometre tunnel under the Cordillera mountain range in the Andes.

Secondly, as part of a PFI (5), H2Olmos has been involved in building, operating and maintaining an irrigation system, and in developing 107,500 acres of arable land.

Following the agreement, SUEZ will provide operating and maintenance services to these infrastructure assets. The two concessions, assigned for a period of 20 years, will come to an end in 2025 and 2035 respectively and may be renewed. They will generate a total estimated turnover of €120 million. 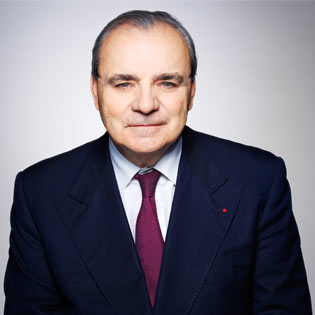 We are proud to bring our expertise and our solutions to a project that is vital to the development of the Olmos region and its inhabitants. In a world of scarce resources, the agricultural sector needs sustainable and efficient solutions in order to nourish expanding populations. It is therefore crucial that we work to distribute water more equally, to tackle waste and to fight all forms of pollution that affect water quality

The transaction has been formally presented to Creditors and the Regional Government of Lambayeque for their approval.

(1) SUEZ and Brookfield will own 30% and 70% of these companies, when the acquisition is completed by the end of the year
(2) At the current market value
(3) In the Lambayeque region, 900 km from Lima
(4) Public Private Partnership
(5) Private Finance Initiative