Marguerite has acquired a 20% stake in Beo Čista Energija (“BCE”), a company delivering a 25-year waste management and resource recovery project in Belgrade under a Public-Private Partnership (“PPP”) scheme.

The consortium of SUEZ and Itochu established BCE in September 2017, following the award of the project in a competitive international tender organized by the City of Belgrade with the support of the International Finance Corporation (World Bank Group). The project is the first major PPP initiative in Serbia.

The project encompasses the design, construction, financing and operation of a greenfield Energy-from-Waste (“EfW”) facility, a recycling facility for Construction and Demolition Waste (“CDW”), the remediation of the existing dumpsite of Vinča and the development of a new sanitary landfill for residual waste. All facilities will be located in Vinča in the vicinity of Belgrade. The new facilities will process approximately 500,000 tonnes/year of municipal waste and 200,000 tonnes/year of CDW. The project will cost approximately EUR350m and will be financed by a mix of debt and equity. The start of the construction activities is planned to take place in 2019.

The EfW facility will generate renewable electricity (30MW) and heat (56MW) distributed to the households of Belgrade. The project will allow to close and remediate the dumpsite of Vinča, a 40-hectare environmental blackspot listed by the International Solid Waste Association as one of the 50 largest active dumpsites in the world (and the only one in Europe) . Furthermore, the project is an important milestone for Serbia in the context of its EU accession process, as it contributes to Serbia’s compliance with EU environmental requirements. The implementation of the project will contribute positively to the fight against climate change by capturing or avoiding the emissions of methane.

SUEZ and Itochu have an extensive track record of joint developments and investments in energy-from-waste projects in the UK, including the Merseyside, Cornwall, West London and South Tyne facilities, altogether processing approximately 1.3m tonnes of waste every year.

The PPP project in Belgrade is the second waste treatment project in Central & Eastern Europe in Marguerite’s portfolio, after the 210,000 tonnes/year EfW plant in Poznań, Poland, developed in a JV with SUEZ under the PPP scheme, in operation since 2017.

William Pierson, Partner at Marguerite declared: “The project is Marguerite’s first investment in an EU accession country and we are very pleased to become a shareholder in this landmark transaction that will address an acute environmental problem in the vicinity of the City of Belgrade. We expect that it will substantially improve both waste treatment practices in the country’s capital city and the living conditions of its inhabitants as well as reduce the existing landfill’s environmental footprint. We are also delighted to expand our partnership with SUEZ with this new project and to develop a new relationship with such an experienced partner as Itochu.” 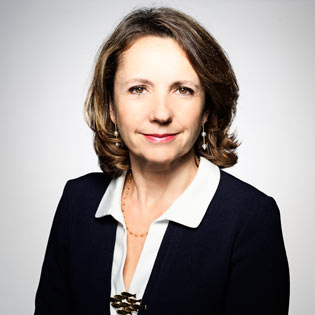 We are delighted to welcome Marguerite in our partnership with the City of Belgrade, which has been designed as a sustainable, reliable and affordable scheme to improve waste management in the Serbian capital. We are convinced the project can serve as a model for other EU pre-accession countries, as well as other emerging countries around the world faced with similar challenges