SUEZ in action during Climate Week

The United Nations Global Compact is the broadest international coalition of actors committed to sustainable development.
The 2018 Global Compact Summit, organised during Climate Week in New York, which ran from 24 to 30 September 2018, and in parallel with the opening session of the General Assembly of the United Nations, brought together business leaders, investors and senior representatives of civil society from the world over.

Its objective was to review the adoption of the Sustainable Development Goals (SDG) and the progress made by non-State actors. 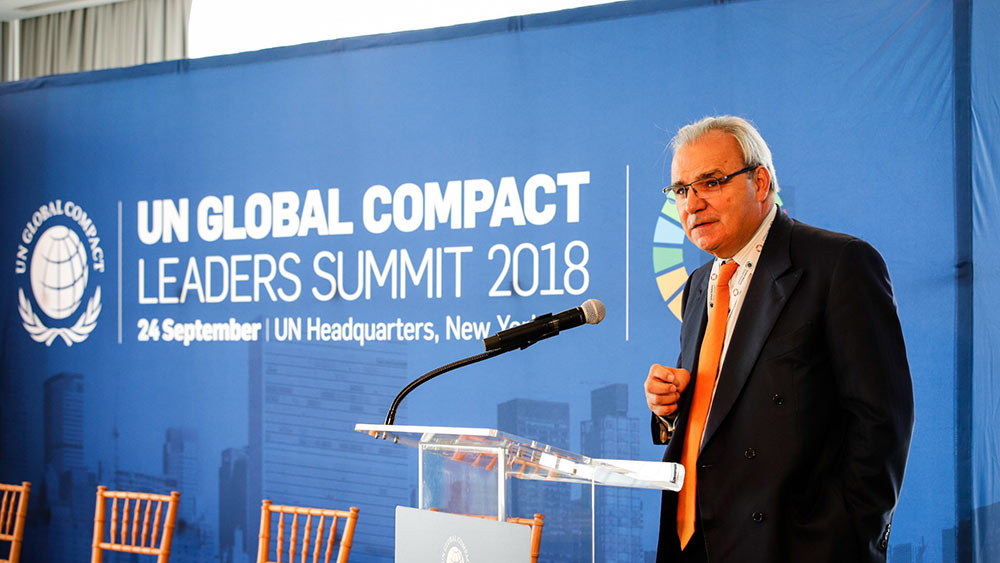 As part of the proceedings, on 24 September, Jean-Louis Chaussade took part in a round table on the topic of reducing inequalities, alongside Amina J. Mohammed, Deputy Secretary-General of the United Nations, Michelle Bachelet, United Nations High Commissioner for Human Rights, and some 30 international business leaders. He also spoke as part of a panel on the mobilisation of businesses in the fight against climate change, alongside the Managing Director of Iberdrola.

The United Nations Global Compact, which aims to build more sustainable and inclusive societies, is present in 170 countries and rallies companies, organisations from civil society and United Nations agencies around 10 principles pertaining to the protection of the environment, the promotion of human rights, the guarantee of international labour standards and the fight against corruption.

SUEZ distinguished as a Lead by the UN Global Compact

On 24 September, SUEZ received the distinction of becoming a Global Compact Lead in recognition of its contribution to the Sustainable Development Goals. SUEZ is taking action in favour of the conservation of resources and a low-carbon circular economy, in keeping with its roadmap and objectives for 2021.

The United Nations secretariat’s annual Momentum for Change challenge highlights climate-related solutions from non-State actors that contribute to a low-CO2 emissions future, offering significant economic and social benefits to regions and populations under threat from climate change. On Thursday 27 September, the Biofactorías operated by Aguas Andinas, a SUEZ company based in Santiago de Chile, were pronounced winners of this competition. SUEZ will receive its award at the COP24 in December in Katowice, Poland.