Working the land while not depleting the soil: towards another type of agriculture

By stopping tillage to preserve the earth’s natural organic matter, soil conservation agriculture restores its fertility. This sustainable production model, the seeds of which emerged in the late 1990s, seems promising in many respects. As well as maintaining life within the soil, it helps tackle the challenge of carbon storage, which is crucial in the fight against climate change. Still relatively new in France, soil conservation agriculture is attracting growing attention, in particular thanks to the work of APAD, a French association that promotes sustainable agriculture, and its international network. The association’s new President, François Mandin, explains. 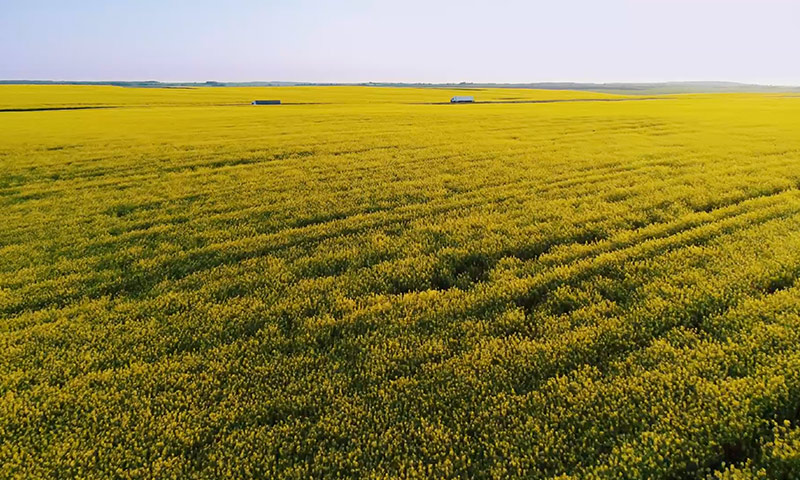 What are the guiding principles and benefits of soil conservation agriculture (SCA)? In what way is it different from other forms of sustainable agriculture (e.g. permaculture, organic farming)?

The model is based on three key pillars. The first is no tillage, the intervention being limited to the sowing lines. So not only do we avoid any ploughing, we also stop all tillage, even on a superficial level. The second pillar is permanent soil cover: our aim is to never leave the soil bare. After harvest we sow a plant cover, made up of several different plants, which grows over the soil until the next crop is sown. This plant cover is not harvested. It stops weeds growing and also nourishes the soil. Finally, the third pillar is the diversity of species grown: we extend rotation length and vary the species sown in the plant cover as much as possible.

By combining production and protection, SCA meets the demands of both profitability and sustainability. Permanent plant cover boosts production of dry matter to nourish the soil, increases the soil’s capacity to store carbon and thereby reduces CO2 emissions into the atmosphere. SCA also reduces water erosion by protecting the soil’s natural porosity. This stops mudslides that lead to soil loss on to roads and into rivers. Inversely, traditional tillage methods damage organic matter. Permaculture follows the same principles as SCA but it is limited to small areas of one hectare maximum.

Organic farming, meanwhile, set out to address the question of chemical crop treatments by reducing them or even stopping them altogether. In my opinion, we should use chemicals appropriately. Organic farming should continue to exist but it also comes with costs and limits, particularly in terms of productivity and a lack of food safety controls. It is not appropriate for all surface areas. If it is climate change we are worried about then it is SCA we should be looking at.

What were the issues and considerations that made you adopt this model of agriculture?

I am 55 years old and I have been doing this job for 35 years. My leap into soil conservation agriculture developed from questions I began to ask during the 1990s: what changes should my business undergo to adapt to new economic and environmental demands?

I live and work close to the Marais poitevin marshland (France). It has its own particular environment. In 1989 and 1990 we had severe drought with, on top of everything, serious water management problems. These circumstances were a catalyst for me.

Less than 5% of French farmers have chosen to adopt SCA. What are the obstacles and levers to the development of this agriculture?

There are two main reasons for the limited development of SCA. The first is that farming’s economic stakeholders have shown no interest in it. What companies working with our sector would support farmers exploring this opportunity when there is no potential for added value on their products? The other obstacle, in the reverse logic, is that changes to farming practices focusing on soil did not originally meet recognised environmental criteria.

As seasoned SCA farmers, we found ourselves in a sort of no man’s land. SCA’s slow growth is also due to the fact that it developed in “poor” or less favourable regions that do not have the aura of France’s big farming regions.

You became President of APAD in February 2019. By what means and through what networks can sustainable agriculture gain international momentum? 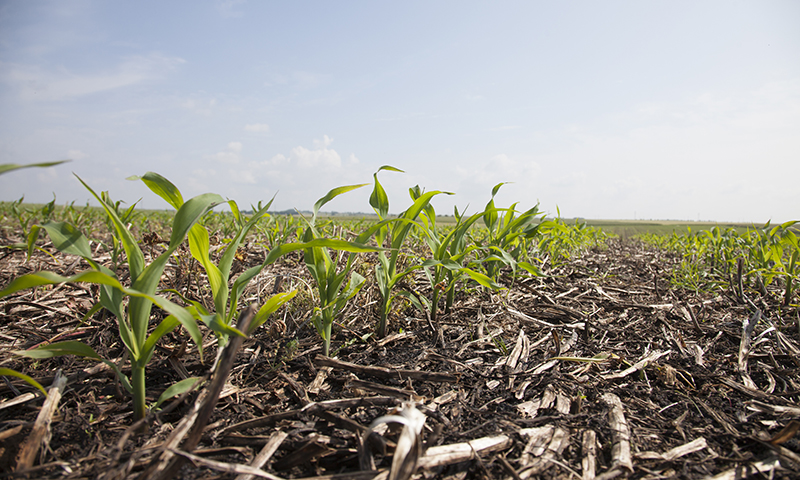 APAD was founded in 1997 with the cooperation of engineers, researchers and representatives of the French Agricultural Research Centre for International Development (CIRAD). So there are long-standing ties between APAD and the international stage. We are part of the Global Conservation Agriculture Network (GCAN) of producer associations and agronomist groups from all over the world.

At COP21 in 2015 we represented the network as part of the “4 per 1,000” initiative. The project’s name sums up its goal: by increasing the quantity of carbon stored in soil by 0.4%, or 4‰, a year we would significantly reduce the concentration of CO2 in the atmosphere. Our message concerns the future of French farming, as well as European and global agriculture, for the benefit of everyone.

The region, terroir or farmland that most inspires you?
The mountains, which I discovered quite late in life because my family rarely went on holiday. I also like the sea, which is close to where I live. I enjoy sailing and diving.

A work of art (literature, visual art, etc.) to change our vision on the future of human food supply?
Not one particular work but science fiction offers some timely food for thought.

Your favourite agricultural product?
I am a big fan of oyster and shellfish farming. A dozen oysters, bread with salted butter and a glass of white wine make me very happy.