For its Report on addressing grey areas of Polish Economy, the UN Global Compact selected SUEZ in Poland as the sole representative of the waste management sector to contribute to the diagnosis and provide advice on recommendations.

At the request of all governments of Poland since 2015, the Polish network of UN GLOBAL Compact, a United Nations organization entrusted with promoting the 17 Sustainable Development Goals (SDGs) adopted by all United Nations Member States, has been delivering an annual report with recommendations on how to address the grey areas of Polish economy.

For its 4th issue of the Report, the Polish Government asked UN Global Compact Poland to focus on the waste management sector, which had come under public attention in 2018 after a wave of arsons in storages of waste across the country, causing substantial air and ground pollution to neighboring communities.

SUEZ contributed to accurately address the issue of the gap between the production of Refuse-derived fuel (RDF) by the country’s 158 mechanical-biological treatment (MBT) facilities, and the lack of thermal treatment capacities to recover the energetic fraction. The populated regions of Warsaw, Silesia, Lodz and Wroclaw – among others – are noted as regions where the gap is the most substantial. 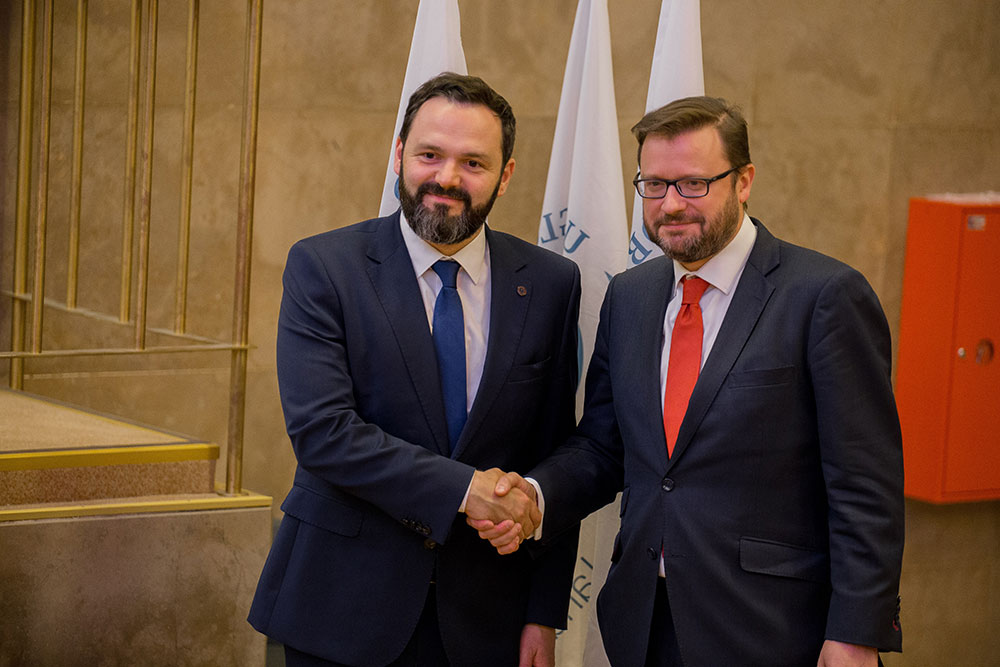 As every EU Member State, Poland is now focused on increasing recycling to the target of 65% of Poland’s 12 million tons of municipal solid waste by 2035. However, due to the landfill ban in place, closing the loop with still require minimum 4m tons of capacity in energy-from-waste facilities and cement factories – far from the currently available capacity of 1.5 million tons.

The report underscores that the gap is one of the reasons for the development of illegal practices, such as dumping in non-permitted facilities or fictitious change of waste characteristics to subvert the landfill ban for burnable waste, and/or erode applicable landfill taxes.

Finally, the report points at the merits of Public-Private Partnerships to deliver efficient, long term solutions for waste management by allowing local governments to benefit from the private sector’s capital, know-how and efficiency.

The report’s findings have contributed to parliamentary amendments of the Law on Waste, with the government likely to take a direct responsible to monitor every year the progress of EfW projects approved for developments under Regional Waste Management Plans, and make sure the corresponding capacity are effectively developed, or replaced by alternative project.

Stephane Heddesheimer, CEO of SUEZ in Poland, declared: “SUEZ is proud to be the partner of choice of UN Global Compact Poland to contribute to the Report on Fighting the Grey Economy. I am convinced that all efforts must be made to address the gap in waste treatment capacities in Poland, for recycling of course, but also for the treatment of the residual, calorific fraction. This gap is one of the causes for many of the waste fires that occurred in the county last year. In Poznan, SUEZ is engaged under a 25-year PPP with the City of Poznan  to deliver and operate a waste-to-energy plant that resolves this problem, and also partly replaces coal as a fuel for district heating. Poland should not hesitate to tap into this potential, which is at the crossroads of waste management and the fight against climate change.”
Share this article