Three promising initiatives to save the oceans

By Sparknews
Plastic pollution, global warming... The list of threats to the oceans is long, but innovative initiatives are emerging around the world to try to protect them. These include giant bubble barriers, culinary delights made from sea animals who destroy algae forests, and blue bonds to fund the restoration and protection of marine ecosystems. 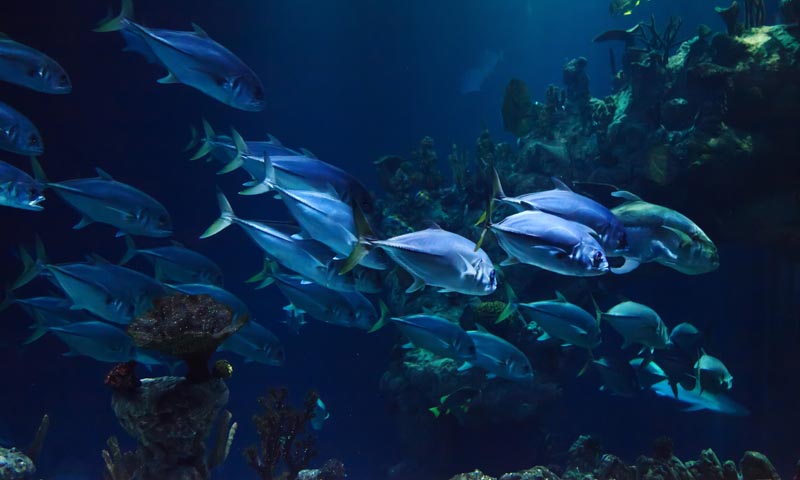 Habitats destruction, accelerated decline of marine biodiversity, overfishing and collapse of fish stocks, increasing plastic pollution, acidification and warming waters due to the climate crisis... The list of threats to the oceans grows every day and poses considerable risks for the survival of humanity. Covering nearly three-quarters of the planet's surface, seas and oceans represent roughly 97% of the water on Earth. They regulate the climate by absorbing nearly a quarter of the CO2 produced by human activities and are home to at least 200,000 recorded species. According to the UN, no less than three billion people — more than a third of the world's population — depend on marine ecosystems for their livelihoods and food security.

Yet, despite decades of efforts to protect this giant portion of Earth's biosphere, the underwater decline does not appear to be coming to a halt. According to a study published last January in the scientific journal Advances in Atmospheric Sciences, ocean temperatures in 2019 were the highest ever recorded. Greenhouse gases that warm both land and oceans are intensifying the rise of sea levels and water acidification, causing fish to flee from the warmest equatorial zones and putting the populations that depend on them at increased risk of food insecurity.

At the same time, of the 300 million tonnes of plastic produced annually worldwide, five trillion pieces of plastic are already polluting the oceans, according to the World Economic Forum (WEF). This toxic plastic waste is now part of the oceanic food chain, harming marine fauna and flora. And it all comes with an economic impact. According to a WWF report published in 2015, the annual Gross Marine Product —calculated in the same way as national GDP — would place the oceans in seventh place among the world's economies, with an estimated annual production of 2,500 billion dollars.

It is within this context that many initiatives are emerging all over the world, each addressing a different part of the problem. Last June, the WEF itself organized an online conference, Virtual Ocean Dialogues, to identify and promote solutions to improve conditions in these ecosystems

One of them, designed in the Netherlands and installed in Amsterdam since November 2019, is called The Great Bubble Barrier. It is, as its name suggests, a bubble barrier in the water, which can be placed in rivers to prevent waste and plastic debris from reaching the oceans. A tube with holes, located at the bottom of the waterway, pumps air vertically, creating a screen of bubbles impenetrable for plastic that pushes waste bigger than one millimeter to the surface — all without disrupting neither fish nor boats. When placed diagonally in the waterway, the bubble barrier uses the natural current to guide the plastic to a catchment system on the river's edge. Furthermore, thanks to the air generated, oxygen levels in the water increase, stimulating the ecosystem and preventing the proliferation of toxic blue algae.

Another interesting lead, led by the Dutch company Urchinomics, is trying to respond to the increasing proliferation of sea urchins, or sea hedgehogs. These small marine animals with voracious appetites feed on kelp algae and reproduce at an alarming rate, destroying entire kelp forests — natural carbon sinks crucial in the fight against global warming — and their ecosystems around the world. For Urchinomics, the solution comes from the culinary world: to eat the sea urchins. It harvests them from sea beds in Europe, America and Asia, and feeds them with sustainably grown seaweed, in order to offer a product with a singular taste to high-end restaurants. Sea urchin eggs have a rich, salty flavor and are considered as a delicacy, often served as sushi. Once the small hedgehogs have been removed, a kelp forest is able to regenerate in just three months, according to the company.

These are all promising initiatives. But, according to experts, they are only a drop in the ocean in the face of the complexity of the ocean's current threats. They will have to work together and with others to provide systemic responses to this global challenge.