Heat waves, pollution peaks, etc. Cities, that will be home to almost two-thirds of the world’s population by 2050, are facing new environmental challenges, foremost among which is air quality. A close-up on three solutions to this issue that take inspiration from nature. 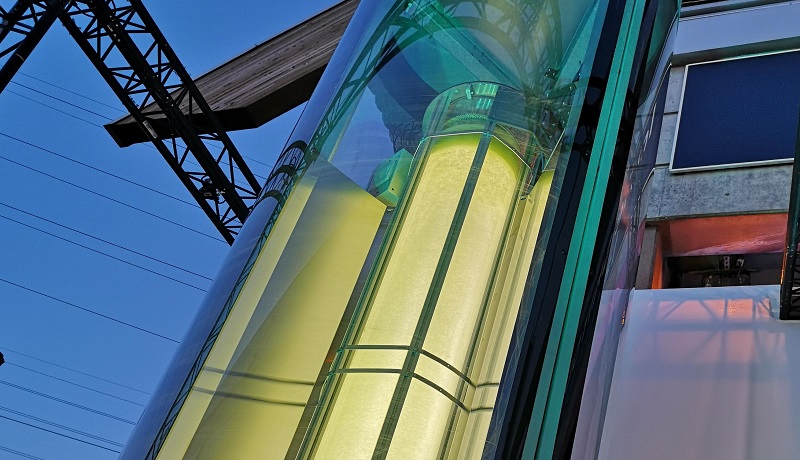 An algae Carbon Sink that purifies the air and produces energy

The Carbon Sink is an innovation resulting from a partnership between SUEZ and Fermentalg, a French company specialised in the production and use of micro-algae, that transforms air pollution into green energy, thanks to the powers of micro-algae, combined with the principle of photosynthesis.

As the micro-algae grow in a column of water, they fix the carbon dioxide (CO2) and other atmospheric pollutants, such as fine particles (PM10 and PM2.5) or nitrogen dioxide (NO2). The efficiency of the solution was demonstrated, notably during tests in Paris, which showed that the presence of these two variables were down by 50 to 75% on average.

Thanks to the CO2 captured and dissolved in the water, the micro-algae multiply, forming a biomass that is then transported in the sanitation network to the wastewater treatment plant, where it can be recovered as biomethane, a form of green energy.

In the summer of 2019, a test of the innovative Smart Pillars urban greening solution was launched in London. Developed by Scotscape, in collaboration with Greenwich University and Grosvenor Britain & Ireland, Smart Pillars offer a means of bringing nature back into the city, by greening existing street furniture, such as lampposts. Covered with plants chosen for their purifying properties, the lampposts become green features that contribute to developing biodiversity and improving urban comfort. Greenwich University plans to measure the environmental impact of the Smart Pillars by monitoring the air quality for an entire year.

As well as being aesthetically pleasing, green wall systems also improve the thermal insulation of buildings and reduce the formation of urban heat islands, thanks in particular to the phenomenon of evapotranspiration of the plants. In India, Natura India now offers an alternative to plastic green wall system panels made of coir fibre, which can absorb six times more water than fabric or plastic panels. The substrate is 10 times lighter than earth, offering a lightweight, modular solution that can be used to quickly install green wall systems on existing interior or exterior surfaces.