SUEZ at the heart of resource management in the Gulf States

The Middle East and North Africa form the most arid region in the world. In recent years, the demand for water and the production of waste have risen sharply in the wake of fast population growth, rising urbanisation, higher household incomes and the development of industry. SUEZ is helping the local authorities and industry to develop solutions in response to the issue of resource management in the region.

The Middle East and North Africa (MENA) are home to 6.3% of the world’s population, but they only possess 1.4% of fresh water resources1. The scarcity of water resources throughout the region is being accentuated by rising demand, driven by the constant growth of the population and urbanisation.

Another factor also contributes to this phenomenon: countries in the Middle East have been diversifying their economic activity for several years in order to reduce their dependence on oil exports. In particular, they are counting on the development of industry, which consumes a lot of water.

All of these factors have combined to worsen the region’s hydric deficit. Saudi Arabia, Bahrain, Kuwait, Qatar, the United Arab Emirates and Oman figure amongst the States hit hardest by hydric stress in the world2. They have also prompted a sharp rise in the production of domestic and industrial waste.

In view of these trends, the water and waste treatment infrastructures are seriously underdeveloped. It is estimated that in the Middle East only a small part of the collected wastewater is treated, not to mention the fact that most towns near the coast discharge their wastewater directly into the sea, without any pre-treatment. Likewise, while much of the waste produced is recyclable, the countries in the Middle East do not possess the infrastructures required to treat it. Less than 20% of the solid waste produced is treated, and 10% is recycled3.

Faced with the rising demand for water and sanitation services, a strong political will to protect water resources has emerged in the Gulf States. These reforms will take the form of major investments in the improvement of the performance of distribution networks, in sanitation services and in the development of alternative water resources, including seawater desalination and the reuse of wastewater. Each country has built a strategy or a national programme to plan the investments and work needed in the sector for several years to come.

The authorities are turning to expert private operators, in particular through public-private partnerships, in order to rise to these numerous challenges and to secure their water supplies against a backdrop of water shortages. In recent years, numerous projects have been launched under the terms of BOT and BOO contracts4 that provide for the complete involvement of the private partner in the management of the projects, from the design phase, to the construction, financing and operation of the water treatment plants. In return, the customer (a local community, province, State or industrial corporation) agrees to pay for the service it receives at a price that covers the operation of the plant, plus the repayment of the capital outlay.

Waste management is now a top priority for the Gulf States, which, at the start of the 2000s, launched investment programmes to develop new infrastructures and to modernise the existing ones. Governments and local authorities have drawn up “zero waste” strategies to minimise the quantity of solid waste sent to landfill.

These strategies include plans to develop waste-to-energy (WTE) facilities and to produce energy to meet the country’s demand for electricity and to diversify the energy mix. The ambition of the authorities to reduce landfill has created opportunities in the collection, sorting and treatment of municipal and industrial waste, in readiness for recycling or recovery as energy.

In view of the total amount of the investments required, governments are issuing international calls for tender and are turning increasingly to public-private partnerships in order to honour their commitments and durably solve the problem of waste in their country.

Some of SUEZ’s references in the region

SUEZ has been supporting local authorities and industry in the Gulf States in the development of solutions to sustainably manage their water resources and waste for more than 60 years.

Barka: the largest desalination by osmosis plant in the Sultanate of Oman 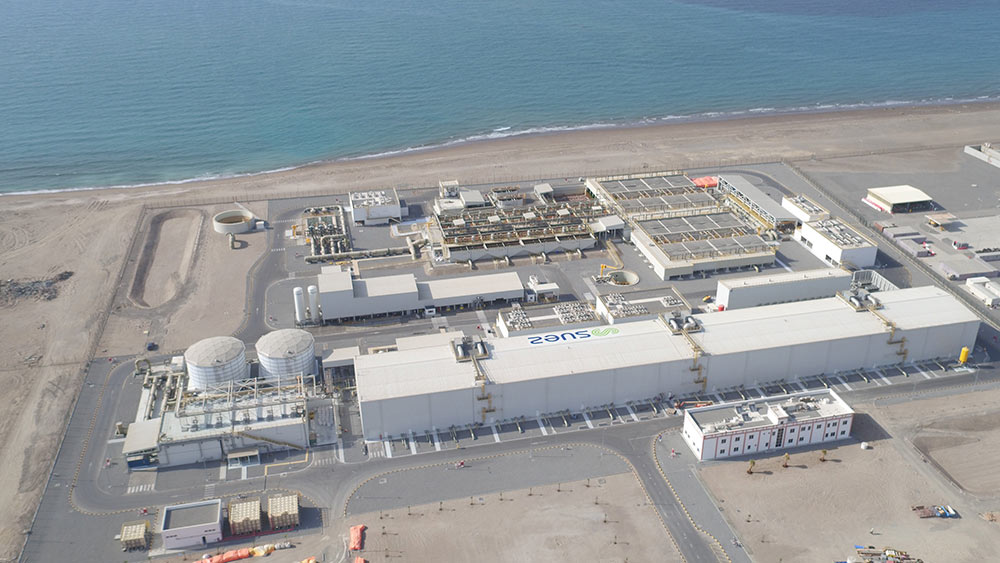 In 2016, Oman Power and Water Procurement (OPWP) chose the Barka Desalination Company consortium, formed by SUEZ and its partners to finance, build and operate a new seawater desalination plant at Barka, under the terms of a public-private Build-Own-Operate (BOO) partnership. It is the largest desalination by osmosis plant in the Sultanate of Oman.

The plant, which came on stream in June 2018, uses SUEZ’s high-performance technologies and treatment processes to pre-treat the turbid algae-rich waters in the Gulf of Oman to produce quality drinking water for the population of Muscat.

Sulaibiya: the largest membrane-based water recycling project in the world

In May 2001, a consortium made up of Water Technologies & Solutions and the Kharafi group won a 30-year contract for the design and construction of a wastewater treatment plant, and for its operation for a 27-year period. The plant, located in Sulaibiya, which has a capacity of 375,000 m3 per day, treats and recycles sewage from Kuwait City and its surroundings.

The facility, which has been described as an “important step towards securing the future of water resources of the entire Middle East and North Africa region”, is by far the largest plant in the world to use reverse osmosis and ultrafiltration membranes to treat water.

These technologies allow for optimal wastewater treatment and the production of water of a quality equivalent to that of drinking water. The water is recycled for use in agriculture and industry, and to replenish the region’s aquifers. The facility meets 26% of Kuwait’s global demand for water. 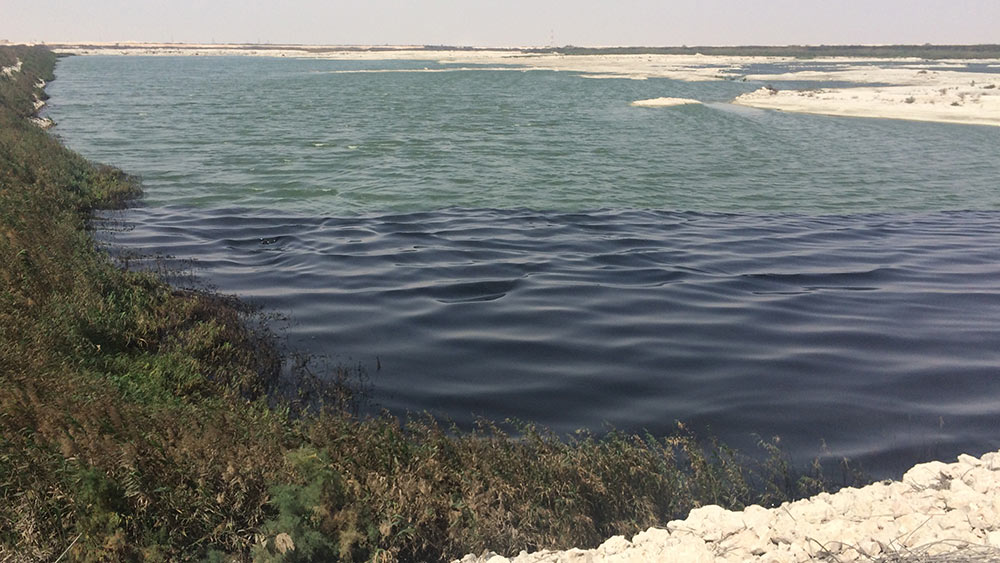 In 2017, Ashghal, the public works authority in Qatar, awarded SUEZ the contract to remediate the Al Karaana lagoons, located in the Al Rayyan region, south-west of Doha. SUEZ is to rehabilitate 400 hectares of lagoons, into which almost 4,000 m3 of untreated sewage and industrial wastewater from Doha’s industrial district have been released every day since 2006. SUEZ will remediate the site with a thermal desorption unit that can treat even the most polluted sediments by mid-2020.

[Infographics] SUEZ in the Gulf States
1 Population Reference Bureau, "Finding the balance: population and water scarcity in the Middle East and North Africa"
2 World Resources Institute
3 According to the Arab Foundation for Environment and Development (AFED), 2011
4 Build-Operate-Transfer (BOT) and Build-Own-Operate (BOO)
5 ENGIE, ITOCHU Corporation (Japan) and TOWELL Engineering (Oman). SUEZ contributed €11m to the capital of the Barka Desalination Company.
Share this article