"Planting trees is not enough"

The French biologist Francis Hallé has been campaigning for the revival of a primary forest in Western Europe for a long time now. Specialised in the ecology of tropical forests and the architecture of their trees, he founded the association that bears his name in 2018. In this interview, he analyzes the importance of such forests, which have almost disappeared from Europe. 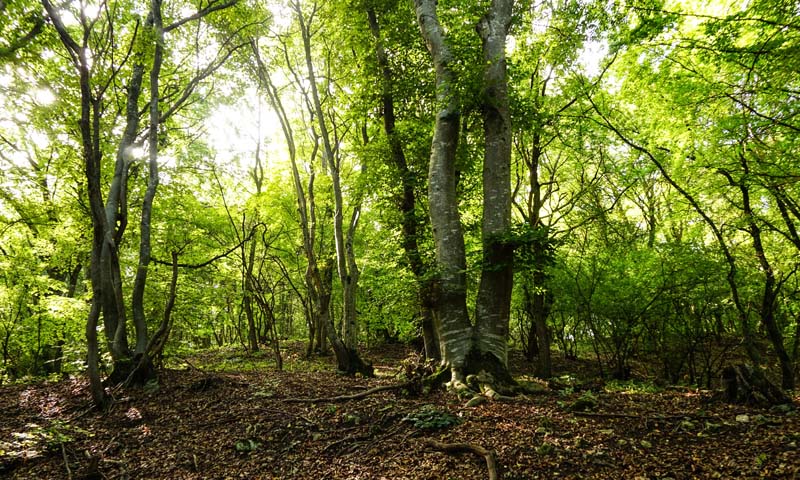 He goes far when it comes to saving primary forests. He went as far as to inform the UN Secretary General, Antonio Guterres, and the French President, Emmanuel Macron, about it, during the UN summit on biodiversity held in September 2019 in New York. The French biologist Francis Hallé has been passionately campaigning for years now for the revival of a brand new primary forest in Europe. Born in 1938 in Seine-Porte, he is a specialist in the ecology of tropical forests and the architecture of their trees. He was a botany professor at the University of Montpellier for more than two decades. Now, he presides over an association that bears both his name and his cause — the Francis Hallé Association for Primary Forests, founded in 2018. In this interview, he explains why these nearly extinct forests are necessary in Europe and the many benefits society could profit from . 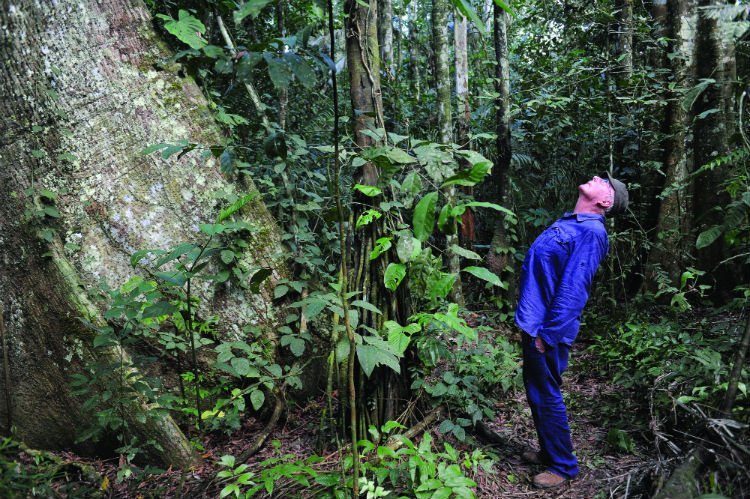 You have been calling for the creation of a primary forest in Europe for years now. What are the differences between these forests and the so-called secondary forests ?

To quote my American colleague James Balog, the primary forest is to the secondary forest what the Great Canyon of Colorado is to a sewer. A primary forest has never been exploited, cleared or modified in any way by human beings. It is much more beautiful and much richer in terms of biodiversity than the forests we currently have in Europe. But, to truly understand what a primary forest is, one has to go and see the last one we have left in Europe, in Białowieża, in Poland — which is unfortunately very much under threat from the current Polish government.

Why are primary forests so necessary?

They are necessary because they offer many benefits. First of all, they store much more carbon dioxide than secondary forests. Secondly, because they are summits of biodiversity. Finally, and most importantly in my opinion, because they represent a pinnacle of aesthetics — they are much more beautiful than the forests we have today in Western Europe. And their merit lies precisely in the fact that, unlike secondary forests, they do not depend on human beings.

Do secondary forests have the capacity to return to a primary state?

Yes, but if you take a secondary forest that is 400 years old, for instance, it will require six centuries to return to a primary state. If you start from bare ground, you would have to wait 10 centuries. If you think about it, it is not such a long time. If we consider time from a geological perspective, it could be considered to be a blink of an eye. It is not the time frame from a human life perspective, but the one from a forest and no one can shorten or accelerate the duration of this process. If we want to have a primary forest, it is simply necessary to let time pass. Are secondary forests still useful?

Many countries are making considerable efforts to reforest, planting thousands of trees all over the world, particularly to fight climate change. Are these actions effective?

No, I think they are ridiculous. If we generate too much carbon, we need to think of a way to reduce those emissions. Wanting to make trees absorb this carbon is not a sustainable solution : it is the same as hiding dust under the carpet

In this case, how should the issue of reforestation be addressed?

There are certainly many attempts to replant trees. The problem with such efforts is that we draw a lot of attention to the planting itself; the media are there, there’s lots of fuzz about it, and unfortunately, the interest vanishes after and nobody cares about the four or five years following the planting. However this is the most important period because, during those years, the young trees must be watered, weededed and protected from herbivores predators. They must be properly taken care of before they are left to grow on their own. But, due to a lack of interests concerning those first years, the young trees often die. In the tropics, about 90% of planted trees die during the first five years of life. So no, planting trees is not enough.

Moreover, one should not believe that a forest is just a group of trees — it is also composed of animals. In Europe, a primary forest would need a complete wildlife, deers, bison, wolves, lynxs, bears, ect., like the Polish forest. The presence of such fauna would make it mandatory for a European primary forest to have a surface area of at least 70,000 hectares : this sounds like a lot, but it is actually the equivalent of a 26-kilometre square of forest.

Do you have any success stories regarding the conservation of a primary forest?

In Europe, we have no references because all the primary forests have disappeared, with the exception of the Polish forest I was talking about before and which is now severely threatened with extinction. But I remain fairly optimistic, because our project to create a primary forest in Western Europe has raised the interest of many people.

Where could this forest be situated?

We are going to start looking for a spot this November, but we already have some leads. For the moment we have not favoured any of them, but it is certain that it must be cross-border in order to become a European project. This forest also needs to be at low altitude since it is the lowland forests that have been destroyed first.