In many regions around the world, access to resources like water, sanitation and energy can change the daily lives of women and girls. To mark International Women’s Day, Myriam Bincaille, General Delegate of the SUEZ Foundation, presents the Foundation’s initiatives aimed at guaranteeing universal access to essential services. So that no woman will have to walk for kilometres in search of a few litres of water. So that no girl will have to grow up in unsanitary conditions. To give all of them, every day, the tools to succeed. #womensdayeveryday

How does improving access to resources contribute to the emancipation of women around the world?

The Sustainable Development Goals, adopted in September 2015 by the United Nations, define concrete objectives to be reached by 2030. These goals remind us that universal access to essential services remains a major challenge. Important progress has been made in the fight against inequalities in this area, but there is still a great deal of work to be done. According to the United Nations Organisation (UNO), 2.1 billion people, or 30% of the global population, still lack regular access to home water supply services; 844 million do not even have access to basic drinking water supply services, and 2.4 billion are still in need of sanitation services.

Women are the group most affected by these difficulties. For example, according to the United Nations, Malawi women devote an average of 54 minutes per day to collecting water, compared with only six minutes for men. The same disparity is seen in many other countries where women still often spend more than five hours a day bringing water to the family home. The time spent collecting water deprives girls of time that could be spent at school, and prevents women from pursuing gainful employment.

And this is all in addition to the direct health risks caused by lack of access to sanitation and basic hygiene conditions, after giving birth, for example, or simply in the course of their daily lives. We can establish a direct link between the lack of safe latrines near households and the insecurity too often experienced by women and children.

We can conclude that access to essential services helps to strengthen the dignity and autonomy of citizens who must be considered the projects’ primary stakeholders. 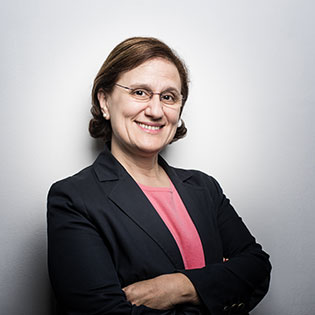 In the past seven years, these co-initiatives have helped to improve the living conditions of more than 5 million people through access to drinking water, sanitation and waste management.

What actions is the SUEZ Foundation taking to respond to these challenges?

At the SUEZ Foundation, our primary mission is to combat exclusion, in particular by making essential services more accessible to disadvantaged communities in developing countries. Each year, we support an average of thirty projects based on a highly rigorous selection process, because we want to have a concrete and positive impact and ensure the sustainability of the results. We have assessed the impact of the Foundation’s initiatives co-designed and carried out in partnership with project stakeholders including associations, NGOs and communities: in the past seven years, these co-initiatives have helped to improve the living conditions of more than 5 million people through access to drinking water, sanitation and waste management. Over 153,000 children, half of them girls, were freed from the responsibility of collecting water and enrolled in school.

In France, our new commitment to promoting social cohesion has led us to support projects that affect a greater percentage of youth, in order to help limit the number of people who are already facing social exclusion as young adults.

How does this initiative aimed at improving women’s access to resources take shape in the field?

As with all our programmes, the concerned communities must be placed at the centre of the project as key stakeholders. We work alongside and on equal footing with them, which makes it easier for them to appropriate the project and gives them higher chances of success.

In northern Niger, for example, we have worked with our partner associations Les Puits du désert and Tidène to build pastoral and market gardening wells for nomads. The initiative also included a training programme to help former soldiers in the area enter the farming and market gardening professions. Very quickly, they surpassed the subsistence agriculture stage and began to produce excess supplies. At that point, the women decided to form a cooperative in order to package these excess supplies and significantly improve families’ quality of life. A school was created to educate the children--primarily girls--who had been freed from the task of collecting water, and women took their futures into their own hands by becoming more autonomous and fully assuming their roles as pillars of the family. 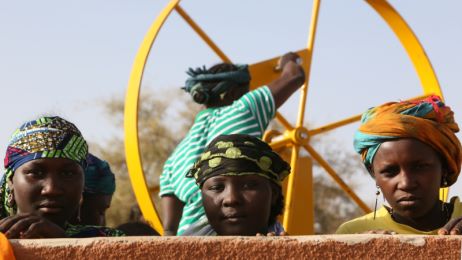 This project clearly demonstrates that when developed in partnership with all stakeholders, access to water, sanitation and waste management is often the first building block in a more virtuous and integrated development. Improving hygiene conditions is fundamental and can save lives. But access to resources goes beyond this: it activates a process that allows all these women and girls to devote their time to activities related to their personal growth and development, thereby emancipating themselves.

Read the articles of our dossier #womensdayeveryday

[#womensdayeveryday] Girls schooling goes along with access to sanitation

We are putting our expertise and that of the SUEZ Foundation to work to ensure that no girl will...
Learn more Learn more
Article
03.07.2018
Fondation SUEZ

We are putting our expertise and that of the Fondation SUEZ to work to ensure that no woman will...
Learn more Learn more
Top search words
TOP