Living nature and human beings: in the quest for lost harmony

Until the first industrial revolution, human beings co-existed intelligently with a generous nature. But the first industrial age marked a turning point: human beings started exploiting resources that are limited by definition—water, minerals, arable land, etc.—on a large scale. Today, these resources are running out, and, in some parts of the world, nature can no longer even regulate itself. 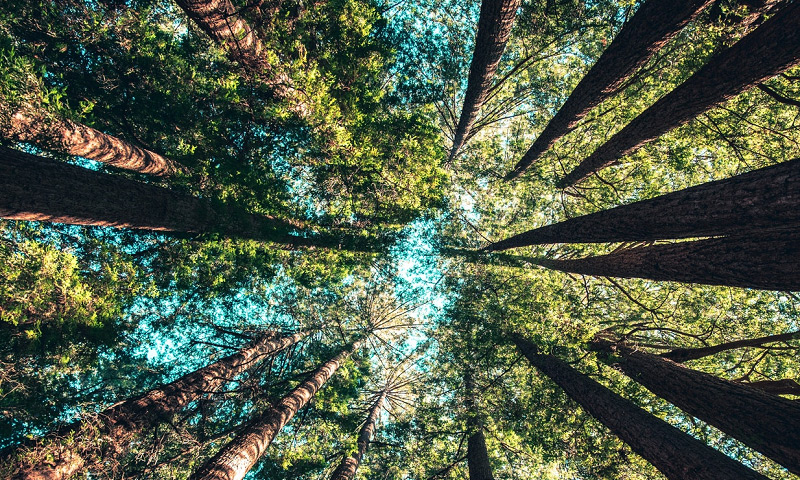 The threats to the planet are increasingly numerous, visible and urgent. One example is the situation of fauna, which is thought to be facing mass extinction for the sixth time1. Preserving the living world is a challenge we must take up collectively before it is too late, because our own survival is also at stake.

Why don’t we do this by drawing inspiration from what has been working well for billions of years? Biochemical and biomechanical processes, ecosystem services, etc., provide us with an almost inexhaustible source of inspiration to innovate and drive the transition from a linear economy to a virtuous circular economy. But it is not simply a matter of understanding or imitating nature, but more of working in harmony with nature, particularly in cities. The stakes are high, ranging from the environment and health to the economy, society and ethics.

The living world: a rich but endangered heritage

Nature has a lead of more than 3.5 billion years over our research and development laboratories. The billions of living organisms—single-celled or complex, plants and animals—are indeed the fruit of the slow evolution of particularly advanced biochemical processes that use “smart” biomolecules—nucleic acids and enzymes. The resulting biodiversity is so vast that we have only discovered an infinitely small part of it.

Of the approximately 8.7 million species on the planet, 86% of terrestrial species and 91% of marine species are still unknown, according to the study “How Many Species Are There on Earth and in the ocean?”, published in 2011. But this fantastic potential is being reduced dramatically, and often irreversibly, every day under the combined effects of climate change, pollution, deforestation and rampant urbanisation. In another concrete illustration, the WWF’s 2018 “Living Planet” report announces the disappearance of 60% of wild animal species in the last 40 years: “Species have never declined at such a rapid rate, which is from 100 to 1,000 times higher today than that calculated in geological times.”

Human beings are an integral part of this biodiversity. In fact, they benefits greatly from the so-called ecosystem services rendered by nature, such as the supply of fresh water and breathable air. There are four types of ecosystem services:

As the UN Food and Agriculture Organisation (FAO) stated: “Even if their value is estimated to be $125 thousand billion, these assets that are not taken into consideration as they should be in political and economic decisions, which means that we do not invest enough in their protection and management2.”

These services are precious for human beings and nature, they have positive effects and must be preserved. Forests naturally contribute to the maintenance of healthy aquatic ecosystems, provide reliable sources of clean water and are a source of renewable fuel. But the mismanagement of these services can produce negative effects, such as flooding or landslides due to deforestation. Therefore, it is imperative to learn how to live in harmony with nature. This partnership with living organisms is now reflected in the design of tomorrow’s city, a subtle balance between biomimetic architecture, biodiversity and biotechnology.

Collective awareness about the importance of the living world

Today, the international community is facing up to the ecological emergency by gradually including this subject in its debates. 2012 saw the creation of the Intergovernmental Science-Policy Platform on Biodiversity and Ecosystem Services (IPBES). Also known as the “biodiversity IPCC”, this UN-sponsored organisation has today become the benchmark of our knowledge of ecosystem services and biodiversity. Another institution in this field is the International Union for Conservation of Nature, which will hold its congress in France in 2020 for politicians, industry, academics and civil society, with a view to promoting “good environmental governance”.

This issue is also emerging in companies, which are including the “biodiversity factor” in their action plans in increasing numbers. Mindful of this new challenge, some organisations are now training tomorrow’s decision-makers and entrepreneurs in the design of sustainable and bio-inspired solutions. For some of them, it has even become a strategic priority, along the lines of Act4nature. This initiative was launched by a group of companies, scientific institutions, NGOs, including the EpE3, of which SUEZ, BASF and LVMH are members, the Goodplanet Foundation and the French National Museum of Natural History. The goal? To create a collective dynamic on an international scale. In July 2018, the 65 signatories made their first ten commitments, including a promise to “economically assess their impacts and their dependence on the proper workings of ecosystems,” and “to develop solutions based on nature as a priority.”

Companies should even now see themselves as ecosystems, like forests: why could they not deliver positive externalities and services “free of charge to the other companies, the individuals and the nature around them?” according to Navi Radjou, a theoretician of frugal innovation.

The living world as a model and a source of innovation

This collective decision-making to address the biodiversity crisis has seen the emergence of new prospects for innovation based on nature. In 1997, Janine Benyus coined, in her book Biomimicry: Innovation Inspired by Nature, the expression biomimicry, which consists of imitating the living world and thus to reconciling biodiversity, innovation and the ecology. Bio-inspiration, a term close to biomimicry, includes the notion of using ecosystems as an example of the relations between species and the workings of the living world.

Today, imitating the living world means drawing inspiration from what happens in nature, and then optimising it, by developing technologies adapted to human beings’s needs, in line with the idea of sustainable development. In this way, it is quite possible to imagine new materials, such as biomaterials, or alternative energies, such as biogas or biofuels. This demands an effort to study biological, biochemical or biomechanical models combined with technical concepts, in order to develop industrial applications.

By studying the living world, from its tiniest microscopic forms or to very large scales, we can develop innovative know-how in order to rise to the present and future challenges of the resource revolution. We therefore understand that our survival depends mainly on our capacity to urgently implement an ecological transition, in which the fight against climate change and the conservation of biodiversity are inseparable.

This article was published in the sixth issue of open_resource magazine: “Towards a bio-inspired future”.