In September 2019, SUEZ announced it was creating an Air Division to provide concrete and innovative solutions to the environmental challenge of air quality. open_resource takes a close look at this key challenge with Jérôme Arnaudis, Director of SUEZ Air Division. 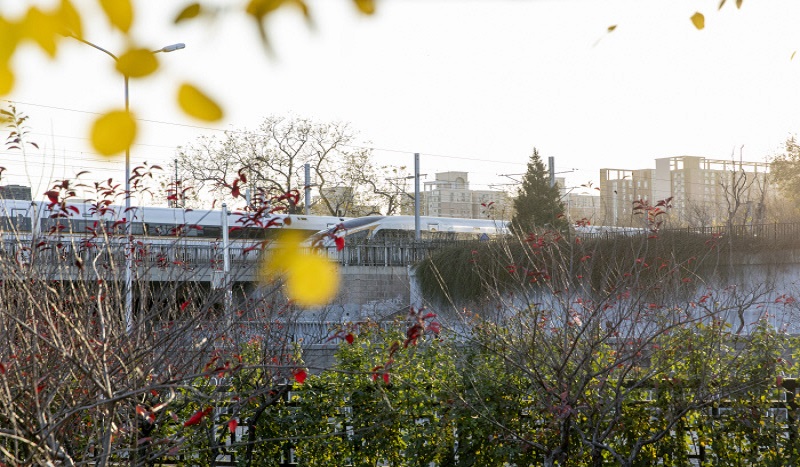 How are the challenges of air quality regarded in France today?

We are beginning to fully grasp what is at stake when it comes to air pollution. Article 2 of the French law on air quality and the rational use of energy states that local authorities must provide every citizen with air that is not harmful to their health.

In the wake of this new political awareness, citizens are becoming increasingly aware of what is at stake. We have come a long way and air quality is continuously improving. However, we must continue our efforts because changing people’s behaviour is a process that can take several years. These efforts are vital because air pollution is a global phenomenon that knows no boundaries. It also represents a significant cost. A French Senate report published in 2015 shows that the total financial impact of air pollution in France is approximately 100 billion euros a year, of which 68 to 97 billion euros concern its impact on health. So, we must step up our collective action and our innovation strategy.

What, in your opinion, are the means available to local authorities to tackle air pollution?

Local authorities do not always have the necessary resources to tackle this issue effectively. In fact, the European Court of Justice has just ruled that France has breached European air pollution limits. Twelve French cities, including Lyon, Paris and Grenoble, have failed to respect these limits.

There are different ways to tackle the problem. Some are monitoring solutions while others work to treat pollution. Firstly, for monitoring, prevention and information purposes, the French Ministry for the Ecological and Solidarity Transition relies on the good practices of the Atmo France federation, ADEME, the French Environment and Energy Management Agency, and LCSQA, the French central laboratory for air quality control. Their recommendations enable local authorities to develop increasingly efficient monitoring systems. Then, to eliminate pollution, there are certain innovations that are already being used by pioneering local authorities. It is important to bear in mind that it is by combining these two types of solution that we can obtain tangible results. It is this principle that has, for example, been applied in the creation of the Low Emission Zone (LEZ) introduced by the Greater Paris urban area.

Many industrial activities produce gas and particle emissions – how is industry dealing with this topic?

Recent reports have shown that industry has worked very hard to respect standards governing air quality at production process output, standards which are actually becoming tighter and tighter. In the majority of cases, and depending on their type, industrial basins have managed to improve their air quality. They have introduced a variety of processes, such as flue gas scrubbing techniques and the installation of latest-generation filters like electrostatic filters. Yet, although industry does have a responsibility, we must not forget that it is collective action that will make a difference: the three biggest polluters – industry, transport and individuals (through heating) – must work together to tackle air pollution effectively.

SUEZ and Fermentalg developed the carbon sink innovation to capture CO2 and other air pollutants and convert them into green energy. Several pilot solutions have been launched in France. What conclusions can we draw from these experiments?

Our partnership with Fermentalg, which began in 2015, consists in developing an air purification process based on the ability of microalgae to capture CO2 and other particles from the atmosphere. Fermentalg selects the best natural microalgae for each case. We have shown that in an urban environment a carbon sink can capture an average of 75% of fine particles (PM10) and nitrogen dioxide (NO2), which are the key air pollutants. Microalgae use CO2 from the air for their photosynthesis process but they also need the nitrogen in NO2 to grow. The performances of our urban demonstrator has been verified by INERIS (the French national institute for industrial environment and risks) on  test bench. Our simulations have shown that we capture 97% of the NO2 emitted during a peak in pollution in a European city, and 87% during a peak in a city in Southeast Asia. Today, a carbon sink demonstrator in situ intercepts the equivalent of the emissions of 150 cars on a day-to-day journey in Ile-de-France. Now we are aiming to improve it and scale up so that a carbon sink can absorb 10 to 100 times more pollution and fit in seamlessly in the public space.

What avenues for innovation are you exploring to improve air quality in the future?

At SUEZ Air Division, we are working to create several operational and concrete solutions on the ground at the same time as focusing on R&D and innovation, both on our own and in partnership with other players. Our development is based on offering customised solutions for treating air in urban environments, metro stations, tunnels and even school playgrounds. We must also step up our educational actions, to reach the widest possible audience and raise awareness of climate change and air quality issues. Finally, we provide support to our customers, local authorities and industry, on issues relating to air quality and lifestyle changes in the long term.