Can we be inspired by the living without looting it?

Protecting and drawing inspiration from biodiversity is the promise of a sustainable transition to a circular economy. Aware of this major challenge, SUEZ interviewed Kalina Raskin-Delisle, Managing Director of the European Centre of Excellence in Biomimicry in Senlis (CEEBIOS). 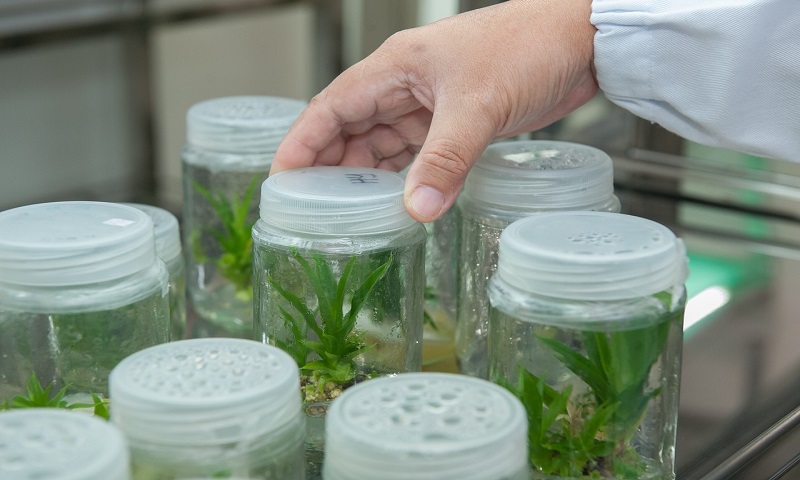 Towards bio-inspired industry: the potential, trends and opportunities

Benefiting from four billion years of R&D and calling on a reservoir of millions of ideas: This is what bio-inspiration does. An approach that can be described as the development of innovations combining the disciplines of biology and technology, based on natural biological structures, functions, processes and systems that have been optimised by evolution.

The mechanisms of this evolution of species include natural selection, which has forced organisms to solve the problems of nutrition, movement and reproduction in ecological systems capable of surviving in dynamic environments. According to recent estimates, 90% of the 10 million eukaryotic1 species on Earth still remain to be described, despite 250 years of work on taxonomic classification and more than 1.5 million species that have already been listed. A rich reservoir that can be observed in order to find a methodology that responds to the current needs of mankind and the planet.

Drawing inspiration from the living world: an age-old and long-lasting approach

Bio-inspired design was already mentioned in our most ancient writings, and its first famous applications were illustrated in the sketches of Leonardo da Vinci. Bio-inspiration then gathered pace in the 1950s in aviation, naval and automotive engineering, as well as in cybernetics and the modelling of complex systems. In the 1980s, it was extended to the micro and nano domains, and grew quickly in the field of biotechnology.

Referred to in France in 20072 as the tool of the next industrial revolution, biomimetics combines innovation and societal responsibility, because it uses the study of biological systems to create new and sustainable products, services and organisational models.

Protecting nature by studying it

In the energy sector, the use of clean energy (and in particular solar energy, through the photoproduction of hydrogen), the capture of carbon dioxide in the atmosphere and the use of diversified and decentralised sources match the strategies adopted by living systems. Likewise, the principles of soft chemistry are in line with biological processes: the use of a majority of abundant atomic elements, moderate conditions of temperature and pressure, biodegradability and biocompatibility, enzymatic catalysis, etc. The materials in the living world are also remarkable due to their diversity, their multifunctional properties and their production by self-assembly and self-repair. Finally, biological systems favour a minimalist approach and optimised information management that limits energy costs and the consumption of resources, while increasing adaptability and resilience. Today, these aspects are being explored in order to develop ecologically intensive agriculture and to design regenerative towns and cities.

Numerous universities and private research organisations are working on bio-inspired products or processes. Publications and patents on this subject have increased 15-fold since 1990. The United States and China are the most efficient contributors by far. But Europe is also present on the global stage, with more than one third of publications, mainly from Germany, the United Kingdom, Switzerland and France.

More than 175 biomimetics research teams have been identified in France. More than 100 companies from large groups to SMEs, use biomimetics, irrespective of their field of activity (energy, construction, materials, cosmetics, etc.).

Despite the growing number of researchers and users of bio-inspiration, the transfer of knowledge from the realm of biology to technology remains a complex process. Biomimetics is a highly interdisciplinary field and can only be effective if biologists are involved in the process of innovation.

Networks of skills and expertise must be organized on a nationwide scale, and specific tools and methodologies need to be developed in order to speed up the spread of academic and industrial R&D strategies.

Through its role as a network, an interface and a source of support for innovative R&D projects, the CEEBIOS, founded in 2014, aims to catalyse the wealth of national skills in university research, education and industrial R&D.

While the exploration, preservation and restoration of biodiversity have been recognized as urgent and major issues all over the world, industrial actors are still not making a sufficient contribution to this challenge. Bio-inspiration is a fantastic opportunity to reconcile industrial performance, environmental issues and the preservation of biodiversity in particular.

1 Single- or multi-cellular organisms, whose nucleus is separated from the cytoplasm by a membrane.

2 “How Science and Technology Contribute to Sustainable Development”, volume II: “Biodiversity: Another Shock or Another Opportunity?” Report n°131 (2007-2008) by Pierre Laffitte and Claude Saunier, on behalf of the Parliamentary Office for the assessment of scientific and technological options. Submitted on 12 December 2007.

This article was published in the sixth issue of open_resource magazine : “Towards a bio-inspired future”