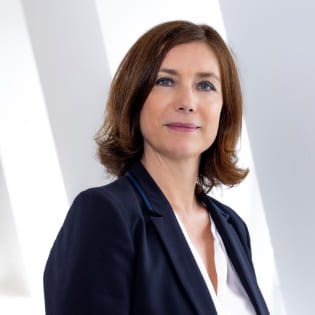 Anne-Sophie Le Lay began her career as a lawyer in Paris and then Toronto. In 2001, she joined the Renault Group's legal department, before taking over as head of the Group’s legal department in 2011.

Since 2018, Anne-Sophie Le Lay was Secretary General of Air France-KLM and member of the Executive Committee, in charge of Institutional and International Affairs, Legal, Communications and Sustainable Development, as well as Secretary of the Board of Directors.

Anne-Sophie Le Lay is also a director and member of the Audit and Ethics Committee of the Orano Group and Vice-President of the Cercle Montesquieu.