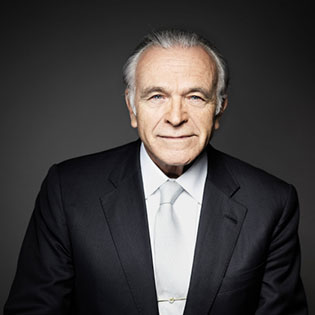 Isidro Fainé Casas is Chairman of the Board of Trustees of La Caixa banking foundation and Chairman of Criteria Caixa.

He began his professional career in the banking sector as Investment Manager for Banco Atlántico in 1964, and was appointed as Chief Executive Officer of Banco de Asunción in Paraguay in 1969.

He took on various roles in financial institutions in Barcelona: Director of Human Resources at Banca Riva y Garcia (1973), Advisor and Chief Executive Officer of Banca Jover (1974) and Managing Director of Banco Unión (1978).

In 1982, he joined La Caixa as Deputy CEO, subsequently taking on various other positions. In April 1991, he was appointed Executive Assistant Managing Director and then, in 1999, Chief Executive Officer of the bank, of which he served as Chairman from June 2007 to June 2014.

Isidro Fainé Casas is Honorary Chairman of the Naturgy Energy Group, Vice-Chairman of Telefónica and Special Advisor to the Board of The Bank of East Asia.

He is also Chairman of Confederación Española de Directivos y Ejecutivos (the Spanish Confederation of Directors and Executives) and of the Spanish section of the Club de Roma (Club of Rome) and Founder of the Circulo Financiero (the Financial Circle).

He is also a member of the Board of Trustees of the Prado National Museum, Trustee of the Carlos Slim Foundation and has been acknowledged with the 2018 Forbes Philanthropy Award.
Other major offices and positions held during the last five years

Expired during the last five years
Chairman of Gas Natural (until February 2018) and of CaixaBank (until June 2016)
Director of Banco BIP (until October 2016)
First Vice President of Repsol (until September 2016) and of Abertis (until May 2015).