Origins.earth introduces the “carbon weather report” for the second lockdown: a respite for CO2 emissions, down 35% in Paris

Measurement and identification of sources of greenhouse gas emissions are essential tools in the fight against global warming and for the rolling out of solutions tailored to the challenges of the energy transition.

The only solution developed by Origins.earth, in partnership with the French Climate and Environment Sciences Laboratory (Laboratoire des Sciences du Climat et de L’Environnement - LSCE) and the City of Paris, had already allowed to quantify  the impact of the first lockdown (March-May 2020) on CO2 emissions. The first lockdown led to a sharper reduction in emissions, of around 54% for Paris and 42% for the Ile-de-France region. The weaker decline in emissions during the second lockdown can be attributed primarily to the continuation of a significant portion of economic activity as well as road traffic.

The Origins.earth solution offers unrivaled functions, both in terms of its continuous measurement of greenhouse gas emissions and its analysis models for the data collected: “For CO2 emissions, traditional methods based on inventories are no longer sufficient, as they provide overviews with 2 to 3 year lags. Our technology stands out by offering dynamic comprehensive snapshots almost in real time. The LSCE’s high precision measurement stations and ours detect CO2 clouds, then we model the weather conditions to determine the origins of the emissions,” David Duccini, Chief Executive Officer of Origins explains.

As a result, the technology offered by Origins.earth allows the sources of greenhouse gas emissions to be identified with precision and for concrete actions to be taken to reduce or eliminate them. It differs from the carbon reports carried out so far, which only offer a static view, based on emission assumptions and local activities.

“The lockdown led to a very short-lived decline in emissions, and for the City of Paris’s carbon reduction targets to be achieved, efforts must continue together with systemic changes,” outlines Philippe Ciais, a member of the French academy of sciences and a research manager at LSCE, involved in the project.

“It is the ability to obtain emissions data almost in real time which is an interesting innovation for Paris and every city,” commented Yann Françoise, Climate, energy and circular economy manager for the City of Paris. “Paris has been working with the LSCE for more than 10 years to fine-tune models for measuring CO2 in real time. Right from its creation, Paris supported the Origins.earth project in order to be able to benefit from the latest scientific progress to support the climate transition in Paris. This should allow for the opening of new steering prospects for the low carbon transition, the rapid assessment of the impacts of projects and a new form of dialogue with Parisians.”

The challenges of the energy transition, currently under discussion in France, are also at the heart of the Climate and Resilience bill, a proposal stemming from the work of the Citizens' Convention on Climate, which targets a decline of at least 40% in greenhouse gas emissions by 2030. 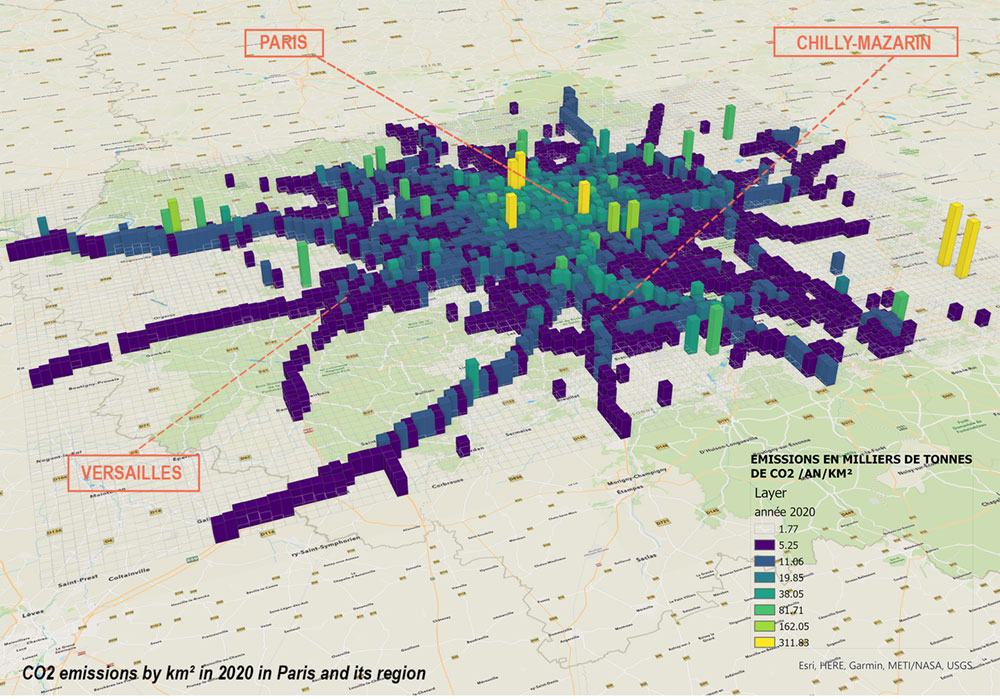