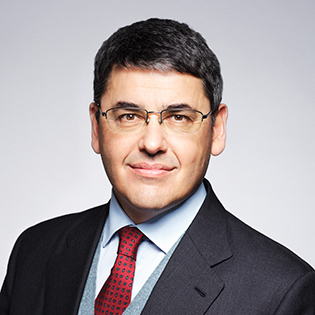 Francesco Caltagirone Jr. began working at his family’s company at the age of 20. After six years of experience in the building sector, he joined the Cementir Group in 1995. The company operates in the cement sector (specifically in the production and distribution of gray and white cement, ready-mix concrete, aggregates and concrete products) and also in waste management. He worked his way up in the Group and in 1996, at the age of 27, he became its Chairman and CEO. Over the last 20 years, Francesco Caltagirone Jr. has been Chairman and Chief Executive Officer of the Cementir Group, showing deep knowledge and extensive experience in the cement and recycling sectors. Through a series of mergers and acquisitions he led and transformed an Italian company into a Group having a multi-national presence in 18 countries and 5 continents, with EUR 1.2 billion in revenues and 3,000 employees.
Other major offices and positions held during the last five years