SUEZ inaugurates its “BioResourceLab” in Narbonne (France): The new international research and innovation center dedicated to the recovery of organic waste

Today, Tuesday, June 8, 2021, Jean-Marc Boursier, Group Senior Executive Vice President in charge of the France region and Operations, and Xavier Litrico, Group Chief Research & Science Officer are inaugurating the “BioResourceLab” with Didier Mouly, the Mayor of Narbonne and President of the Grand Narbonne Municipality, and Guillaume Héras, 1st Vice-President of the Grand Narbonne Municipality in charge of Human Resources and Social Relations and the management and recovery of waste and the circular economy. This new SUEZ Group international research and innovation center dedicated to the transformation of organic waste into bioresources will bring concrete solutions to the demographic, climatic and resource scarcity challenges.
Located at the heart of the Occitanie region in the South of France, within the SUEZ/Grand Narbonne ecohub, this 1,000 m² research laboratory dedicated to the study of organic waste and the improvement of recovery techniques required two years of work and an investment of €5 million.

Waste recovery, an environmental challenge
According to the World Bank, by 2050, the amount of waste generated by our planet will increase by 70%2  compared with 2016. Regulatory policies and actors of the civil society are driving forward changes in waste management in order to promote waste reduction and recovery. For example, by 2023, separate collection of food waste will become obligatory within the European Union (EU)3 . This generalized sorting should limit the environmental impacts of waste landfills and to achieve the European waste landfill reduction targets4. In the same dynamic, France’s Action Plan for the Circular Economy (Plan d’Action pour l’Economie Circulaire)5  requires new solutions to increase the amount of recovered flows, for example regarding waste paper and cardboard, which are often of poor quality for current paper recycling channels.

Organic waste recovery, an opportunity for the environment
Organic waste is a prime resource that can be reintegrated into production and use cycles for new goods. Renewable, their transformation into materials and molecules makes it possible to substitute them for carbon-based fossil fuels such as oil and natural gas, thereby contributing to the protection of resources, the development of renewable energies and the incorporation of biofuels in order to limit the impact on the climate. Furthermore, their conversion into compost and other soil amendment products fights against soil depletion and erosion , and against climate change, by storing carbon over the long term . Lastly, production of organic and alternative fertilizers from organic matter limits the use of petrochemical and mineral fertilizers, a key challenge identified in the recent European regulation on fertilizers . The residual origin of these renewable materials is an additional advantage: their reuse, recycling and recovery limits consumption of the biosphere which generates all these bioresources, thereby favoring the use of arable land to produce food.

In this context, the BioResourceLab aims to improve existing treatment solutions and technologies, and to explore new ways of recovering organic waste to produce bioenergies, biofuels, biomaterials, alternative fertilizers and molecules for green chemistry. Providing new innovative solutions to produce new resources on a territorial scale will help to preserve the environment and accelerate the transition to a virtuous circular economy.

This new knowledge of organic waste as bioresources will be developed in partnership with academic institutes for teaching and research, in particular with INRAE (the French National Institute for Research in Agriculture, Food and the Environment and its Biotechnology and Environmental Laboratory located in Narbonne). Collaborations will also be set up with start-ups and technology suppliers to test and develop innovative solutions.

Under the direction of Marion Crest, the BioResourceLab team of about 15 employees, will be able to expand, according to the projects carried out. Researchers, engineers, technicians and PhD students, specialized in microbiology, biotechnology, agronomy and chemistry will conduct experimental tests at different scales, ranging from lab testing, to pilot programs, larger-scale projects, and industrial sites. Their expertise will be mobilized to serve the technical excellence of the solutions provided by the SUEZ Group to its public and private sector customers. The BioResourceLab will share the knowledge acquired with the scientific, institutional and normative communities, and could provide theoretical and operational training, in particular with the SupAgro Montpellier agricultural institute and the Universities of Montpellier and Perpignan. 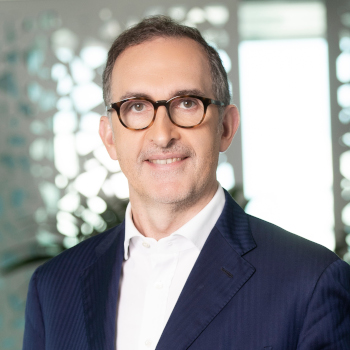 Innovation has always been in the DNA of SUEZ and will remain so in the future. Integrated within the CIRSEE, (the Paris-based International Water and Environmental Research Center), the BioResourceLab is the Group’s first research center with an international dimension, dedicated to the recovery of organic waste. Located at the heart of the SUEZ/Grand Narbonne Ecohub, the BioResourceLab benefits from an ecosystem that favors its innovation activities and the creation of world-leading centers of excellence. These perspectives are very exciting because they will allow us to support the Group and its customers in developing innovative solutions for preserving the environment.”

Key figures for SUEZ in the Occitanie Region

The BioResourceLab, SUEZ Group’s new international research and innovation center dedicated to the recovery of organic waste, located in Narbonne, in the South of France - © Frédéric Ferra

[1] Organic waste includes green waste from parks and gardens, food waste, residues from agriculture and the agri-food industries, paper, card and wood waste as well as sludge generated from the treatment of wastewater.

[7] The "4 for 1000" international initiative, launched by France on December 1, 2015, at the COP 21 climate summit, involved bringing together both public and private players committed to developing research and implementing practices to promote the crucial role of soil as regards food safety and climate change. Indeed, 0.4% annual growth in carbon stored in the top 30-40 cm of soil significantly reduces in the atmosphere the concentration of CO2 linked to human activities. https://4p1000.org