On Wednesday November 24, Francis Hillmeyer, President of Mulhouse region’s SIVOM (Multipurpose Intercommunal Syndicate) and Maximilien Pellegrini, Deputy Chief Executive Officer of SUEZ in charge of France, inaugurated a methanization unit, in the presence of Fabian Jordan, President of the Mulhouse Alsace Agglomeration. Located in the heart of the Sausheim (East of France) ecohub, the unit will make it possible to recover 100% of sludge from the wastewater treatment plant to supply green gas for the equivalent of 125 buses in the agglomeration.

Operational since December 2020, the Sausheim methanization unit treats the sewage sludge of an equivalent of 490,000 inhabitants and produces 2,000,000 Nm3 of purified biomethane each year. This green gas will supply 44 buses of the Mulhouse agglomeration by 2022, compared with 22 today. For the moment, the biomethane not consumed by the buses is intended for the buildings of the Mulhouse Alsace Agglomeration. The entire bus fleet will run on biomethane by 2034.

This process complements the ecohub’s existing energy markets, namely electricity production for the self-consumption of the two sites, steam production for the “Papèteries du Rhin” paper mills, and supply of the hot water network for municipality heating.

Phosphorus recovery: a national first
The methanization unit is equipped with a phosphorus recovery system, thanks to a unique process in France developed by SUEZ: “PhosphogreenTM”—which recovers phosphorus in liquid digestates from the methanization of sludge from the wastewater treatment plant, via a precipitation-crystallization reaction. The recovered phosphorus, called struvite, takes the form of 1 to 3 mm granules, and is used for agricultural purposes to fertilize the soil. Each year, nearly 90 metric tons of struvite will be recovered.

The production of this bio-based fertilizer contributes to the preservation of this resource. Indeed, according to the United Nations, the consumption of phosphorus, essentially linked to the food industry and agriculture, is expected to increase 70% by 2050, resulting in a shortage within 100 years. Faced with this observation, the “PhosphogreenTM” technology represents an alternative: 20%  of the current European demand for phosphorus could be covered by phosphorus recovery from wastewater.

Francis Hillmeyer, President of Mulhouse region’s SIVOM: “The completion of this project is a major element in the energy transition policy implemented throughout the Greater Mulhouse agglomeration. The entire Sausheim site, which includes the energy-from-waste plant and the wastewater treatment plant, is progressively evolving to become a major actor in the circular economy and renewable energy production, by mixing production of electricity, steam, gas and fertilizer.” 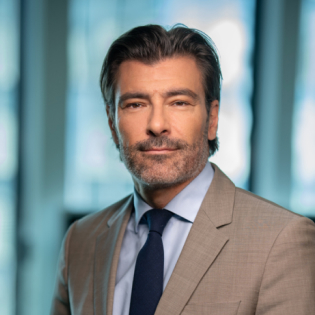 The Sausheim methanization unit illustrates SUEZ’s capacity for innovation and its commitment to its customers. By creating local circular economy loops from wastewater and waste, and by recovering phosphorus, SUEZ is providing the best support to local communities in their energy transition.