SUEZ and the Municipality of CZERNICA signed a 33-year contract on December 21st, 2022, for the building and management of the city wastewater treatment plant. By signing the contract, worth €90 million, the city of Czernica entrusts SUEZ to design, build, finance the new wastewater treatment plant within 3 years, and operate the newly built infrastructure for 30 years.
On April 29th, 2022, by a decision of the Municipality of Czernica, an open tender was issued for the design, construction, financing, and operation of a new public use facility under the Public-Private Partnership formula, which was won by SUEZ.

The agreement, signed by Mayor of Czernica city, Włodzimierz Chlebosz, and Managing Director of SUEZ in Poland, Tomasz Strzelecki, is one of the largest related to Public-Private Partnership (PPP) projects in Poland and will strengthen the position of SUEZ on the local water market.

As of the signing of the contract, on December 21st 2022, SUEZ will build a new facility with a treatment capacity of 1,460,000 m3/year located in the Dobrzykowice part of Czernica city, and will then operate the plant to treat wastewater for the 20.000 inhabitants of the city. This new plant will ensure a reliable local treatment for the city’s wastewater, which were until then transported by a 9-kilometer-long collector to the city of Wroclaw.

The newest wastewater treatment infrastructure will be endowed with SUEZ innovations, such as inDenseTM – an innovative solution allowing the plant to increase its treatment capacity while reducing its footprint.
SUEZ has been present in Poland for more than 50 years in both waste and water management sectors. The project is the second key milestone in SUEZ's development in Poland, after the signature of the PPP agreement in Mława in 2016. In Mlawa, SUEZ operates the wastewater treatment plant for a term of 33 years. The value of the contract amounts to €88 million. 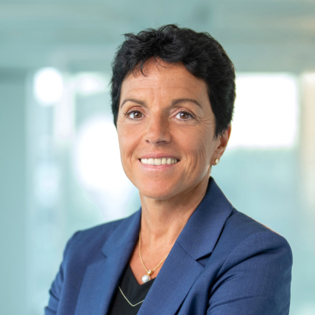 We are pleased to partner with the city of Czernica and provide its residents with access to water services, with resilient and innovative solutions. This new project highlights the expertise of our SUEZ teams in Poland. It also marks a major step forward in the development of our Group in the country, in line with our strategy to increase the share of our international business by 2027.