SUEZ and Bouygues Construction test the first models of Anobi®, a digital assistant for operators in building and industry

ANOBI® is the only connected device of its kind on the world market, jointly designed by SUEZ and Bouygues Construction with the aim of making it easier for operators to report data from the field. Unlike a conventional smartphone, ANOBI® is a robust device. The terminal is resistant to projections and can be used while wearing safety gloves. The screen has been specially designed to be read easily in all possible outdoor conditions, even the most extreme. These technical features combined with its extended battery life make this new piece of equipment an effective response to the demands and constraints of the field, to safety requirements and to the need for performance shared by all players in industry.

In 2017, after partnering up for two years within the Ideas Laboratory® alongside Air Liquide and the CEA1 on developing the concept and prototypes of several smart devices for field operators, SUEZ and Bouygues Construction ‘s R&D focused on developing ANOBI®, a connected sleeve. Both groups had identified numerous obstacles to the use of conventional smartphones by operators in the field, such as the need to remove safety gloves to consult them or to enter data in their applications, difficulties in reading the screen depending on outside light, and fragility if exposed to projections. In partnership with E-Lab, the Bouygues group’s innovation lab, and the company TXCUBE, SUEZ and Bouygues Construction decided to work on the design and manufacture of an innovative connected device to meet the needs of numerous players in the industrial sector.

ANOBI® is ergonomic and is worn on the operator’s forearm. The user has freedom of movement and can carry out routine tasks without being hindered and can consult the applications loaded on the terminal at any time. The E-Ink® technology (black and white) which has been selected for the screen ensure optimum legibility, whether in compete darkness or in bright light. The standout feature of ANOBI® lies in its compatibility with wearing safety gloves thanks to six push buttons, including one specifically for emergency calls for operators working alone. The operator can also use the "camera" feature to report a situation in real time. QR code, NFC and RFID scans are also available. As a result of a series of tests and improvements implemented over several months, the model is resistant to liquid and material splashes, as well as to extreme temperatures (-10C to +50C) without affecting the battery’s autonomy.

Both SUEZ and Bouygues Construction have already adopted the device for many of their activities. SUEZ is currently trialling it in the cities of Bordeaux and Dijon and in the Paris region, to obtain real-time data such as the number of litter bins collected per day, their location, their filling rate, the quality of waste sorting, the need to replace street furniture, etc. This data collected enhances activitiy tracking and performance, benefiting teams in the field and their customers. On Bouygues Construction sites for the Saclay BPC Centre and in Bobigny, ANOBI® simplifies management of supplies of materials, with QR codes for reading delivery notes and tracking them (volume received, used, etc.). The device also enables operators to consult tasks to be carried out and assign a status to them (started, paused, completed), as well as logging the time spent on each task. Connected to the worksites’ WiFi, ANOBI® also makes it possible to quickly locate equipment or materials (e.g. waste bins or fire extinguishers).

Thanks to an open application integration system, ANOBI® has a wide range of applications, and can be used by numerous industrial operators in logistics, energy, building and transport. In all, SUEZ and Bouygues Construction R&D have already developed six specific applications which are being used by operators equipped with ANOBI®. Using Android architecture, further applications can be developed by the IT departments of user companies or by specialist service providers. 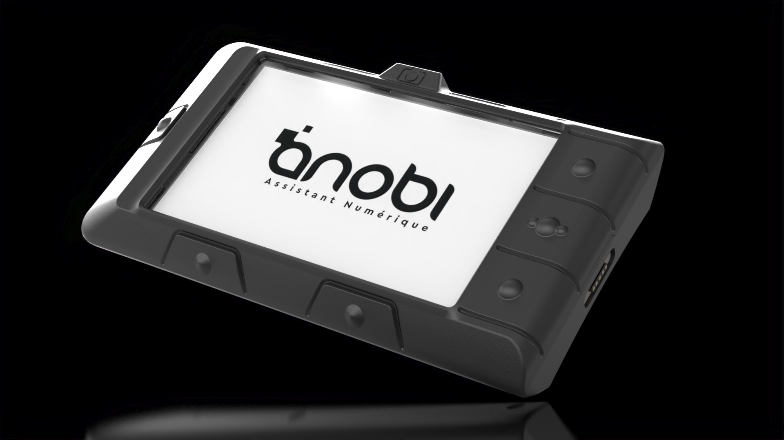 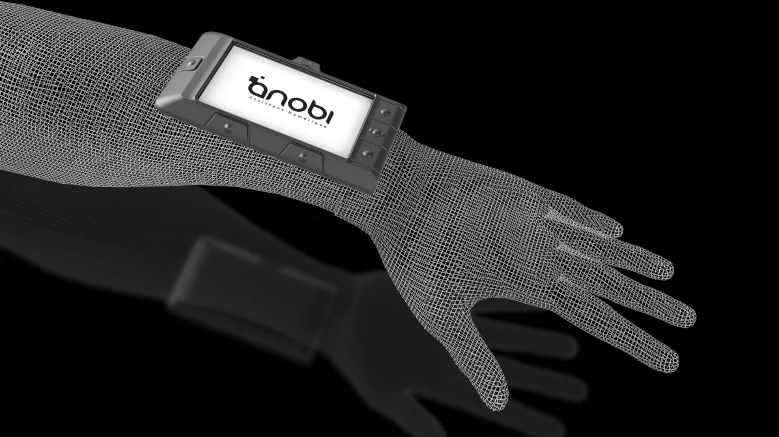