On the occasion of France’s National Air Quality Day on 18 September, SUEZ presents conclusive results of carbon sinks’ initial experiments and announces the creation of a new “Air Division”. The ten engineers have developed a range of solutions to help industrial customers reduce their environmental footprint and local authorities improve air quality.

Air quality is one of the greatest environmental and public health challenges of the 21st century. According to the World Health Organisation, 91% of people worldwide breathe polluted air. To tackle this issue, the Group has decided to invest in designing, developing and operating innovative air treatment solutions in France and worldwide with:

1. Improving our understanding and assessment of air quality

In many countries - in Spain, Brazil, Chile, China and France - SUEZ supports local authorities in gaining a better understanding of their region’s air quality using measurement tools. The Group has developed a range of solutions to measure and analyse air quality in real time, and to predict sources and peaks of pollution in order to offer ad-hoc treatment solutions. In Santiago de Chile, microsensors monitoring air quality (PM 2.5, NOx, CO2, COV, etc.) have been installed in the middle of the well-known pedestrian street “Paseo Bandera”. The data collected is analysed to help determine and monitor public policies regarding air pollution. A similar monitoring device will be set up in Asnières (France) over the coming days.

Nowadays, 90% of Île-de-France inhabitants are affected by air pollution and 65% of them consider air quality to be the most important environmental issue. Back in 2018, the Île-de-France region decided to launch a call for projects to improve air quality in the Paris underground. As part of this call for projects, SUEZ, in partnership with RATP, istesting the “IP’Air” solution in Alexandre Dumas underground station on line 2 since June 2019. The technology enables fine airborne particles (PM10 and PM2.5) to be captured using a positive ionisation process. After the pilot project, the Group will be ready to offer the solution to public services and their users in urban areas, both in France and worldwide.

3. Carbon sinks: the proven success of a technological innovation

Launched in 2017 in partnership with Fermentalg, the carbon sink converts air pollution into green energy by using the potential of microalgae combined with the principle of photosynthesis. This technology has proven its effectiveness in both industrial and urban environments:

- In an industrial setting: at Colombes wastewater treatment plant (SIAAP), the technology was used to determine microalgae’s potential to capture excess of CO2 contained in smoke. Two years of trials have produced results in line with expectations: a positive carbon footprint, green energy produced by microalgae at the wastewater treatment plant and predicted CO2 savings equivalent to 75 trees per cubic metre.

- In an urban setting: in Place Hélène et Victor Basch square in Paris, the technology aimed to test the solution’s potential to stabilise fine particles (PM10) and nitrogen dioxide (NO2). The results are convincing too: the presence of these two variables are down by 50 to 75% on average. Air treated by the device is of better quality than the WHO recommendations.

SUEZ also tested the carbon sink’s solution on Europe’s unique test bench, provided by INERIS , which confirmed the Group’s conclusions: dust particles were down by 66 to 99%, while NO2 emissions were cut by 76 to 97% depending on the configurations. This results represent the equivalent of the annual emissions of 150 cars in Ile-de-France. Based on these positive results, SUEZ is continuing its development of carbon sinks both on an international and national level – a year ago, the town of Poissy (Yvelines) got its first carbon sink and, six months later, the waste-to-energy recovery plant in Créteil (Val-de-Marne) was fitted with the device. 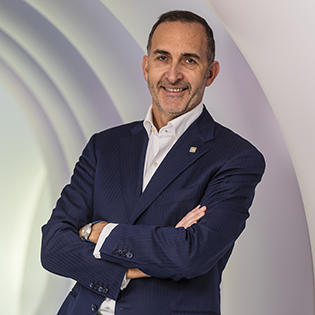 Considering the stakes involved, the Group is committed to making air quality one of the key areas for research and innovation over the coming years. We have already invested more than 10 million euros in this area. The results of our initial trials (carbon sinks, IP’AIR, etc.) confirm the direction we are taking and strengthen our resolve to step up our efforts.