We join Benjamin Javaux, Head of Environment at SUEZ Water France, to talk about how the company incorporates biodiversity in its decision-making processes, makes it a driver of performance and develops solutions to better protect the natural world. 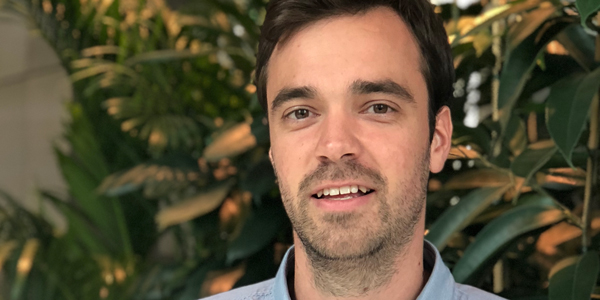 Earth’s biodiversity is decreasing at an alarming rate. What is the scientific basis for this observation?

In 2019, IPBES* scientists established a global biodiversity inventory that shows that one species out of eight is now threatened, i.e. one million species worldwide. The rate of extinction observed is 100 to 1,000 times higher than normal. This study is a milestone because it is the first to be conducted on a global scale. Biodiversity is also regularly assessed by the International Union for Conservation of Nature (IUCN)** which publishes red lists of species classified as "vulnerable", "endangered", "critically endangered", or "extinct". In their report, the IPBES scientists also highlighted anthropogenic pressures on biodiversity. Like the climate, biodiversity is very much impacted by human activities.

*IPBES: Intergovernmental Platform on Biodiversity and Ecosystem Services (IPBES). It is the counterpart of the IPCC (whose scope of action is the climate) for biodiversity.
**IUCN: The International Union for Conservation of Nature is one of the world's leading non-governmental organisations dedicated to nature conservation.

What are these pressure factors?

There are five of them and scientists have ranked them in order of importance. The first is the change in land and sea use. By this we mean the artificialisation of all environments, including those at the interface of land and sea, such as the coastline. This leads to the disruption of natural balances, fragmentation of habitats, etc. The second is the overexploitation of resources and organisms. We know, for example, that today forests are not managed in a sustainable way everywhere in the world, or that water resources in certain places on the planet are overexploited. The third is climate change. The interrelationships between biodiversity and climate are important: climate change negatively impacts biodiversity by changing the distribution areas of species. Conversely, the erosion of biodiversity degrades the resilience of ecosystems to climate change. Next comes pollution in the broad sense: chemical, organic, plastic, etc. Plastic pollution has increased tenfold since 1980, and new types of pollution are emerging, such as light pollution, which affects the circulation of species at night or during migration. Finally, invasive alien species are the fifth factor of pressure on biodiversity. Their displacement generates dramatic disturbances in existing ecosystems and balances. The introduction of the Asian hornet or the Louisiana crayfish in Europe are examples of this.

In light of this, what is SUEZ Group doing?

Our biodiversity commitments focus on three key areas. The first is a strategic focus on taking biodiversity into account in all our decision-making processes. Impact on biodiversity has thus become a criterion for evaluating our projects.

The second is to make biodiversity a driver of the company's environmental performance. With this in mind, we are implementing action plans at our priority sites.

Finally, the goal of the third and last key area is to be a player in the preservation of biodiversity. On the one hand, it is a matter of raising awareness because we cannot make progress on biodiversity without involving both internal and external stakeholders, hence our rollout of the Environment Fresco at SUEZ. On the other hand, it is a matter of developing solutions with a positive impact on natural capital, focusing in particular on sustainable agriculture, nature in the city, or the protection of aquatic and marine environments. While our Water and Waste businesses are historically linked to the preservation of natural habitats, we need to go even further with solutions such as "Sea@dvancedSound" for acoustic monitoring of marine biodiversity.

There are two criteria for determining whether a site is a priority: its size and its location. If the site has a large footprint, it is considered to have an environmental responsibility because biodiversity develops on large natural surfaces. The second criterion concerns the presence of our activity in a "Protected Area". This is a complicated concept and there are several reference systems to define protection levels. SUEZ uses the IUCN's. If one of these two criteria is validated, the site is considered a "priority site". Then, action plans implemented on these sites focus on adopting good practices. By this we mean differentiated management of green spaces, management in mowing meadows, eco-pasturing, initiatives with zero sanitary products, restoring habitats, or even planting local species. A great number of actions have been implemented. They can be carried out within a regulatory framework, or as a result of voluntary initiatives conducted with local associations. In France, the La Feyssine wastewater treatment plant in Lyon received "Refuge LPO" approval from the League for the Protection of Birds.

SUEZ is also experimenting with planting vegetation in rehabilitated landfills* at the Huiron waste storage facility in the Marne region of France, as part of the "Végétal Local" label.

*A landfill is a watertight pit containing cells designed to receive waste in a landfill.

What are the key indicators for monitoring the Group's biodiversity policy?

These are indicators that come under dated and quantified goals set within the framework of our commitments with act4nature international. The most operational one is the number of priority sites covered by an action plan focusing on biodiversity, with the aim, as we have seen, that all our priority sites be covered by an action plan by 2025. Ensuring that the Group's investment projects take into account the biodiversity component is also an objective and therefore a key indicator. Being efficient in terms of biodiversity also means significantly increasing the volume of recycled plastic, promoting reuse among users, our employees and our suppliers. And of course reducing the GHG emissions of our activities, as climate and biodiversity are closely linked. Finally, we have to develop ten benchmark projects falling within the concept of Nature Based Solution by 2025.

What is a "Nature-based Solution"? Can you name some of the key NBS developed by SUEZ?

Nature-based solutions (NBS) are not biomimicry, like Velcro, which is inspired by nature by imitating burdock seeds that cling to animals. NBS benefit mankind and biodiversity by looking at how nature and ecosystems function. The concept of "Vegetated Discharge Zones" - of which the "Dragonfly Zone" is the patented solution - is one example, adopted in China as well as in France: the purification capacities of wetlands are exploited to increase abatement capacity and promote biodiversity at the same time.

In the Pyrénées Atlantiques department in France, ecological rehabilitation of the former Bordes landfill, which combines waste extraction and vegetation, is also an example of a Nature-based Solution. And how can we not mention the climate change adaptation solution currently being developed in Martinique? The idea is to restore the mangrove to limit the impact of extreme climate events and the impact of wave action, i.e. progressive erosion of the infrastructure of Fort-de-France port by waves. Similarly, when the Group's Consulting business helps its clients design green infrastructure or restore riverbanks, these are also Nature-based Solutions. The IUCN defined this concept about ten years ago and in 2020 produced a standard that includes eight criteria relating to issues of scale, economic viability, net gain in biodiversity, etc.
Share this article