In accordance with the “Shaping SUEZ 2030” strategic plan, the Group is prioritizing its high value-added activities, thereby strengthening its position in industrial markets. Since the beginning of the year, SUEZ is accelerating the development of its activities in its priority markets, notably Energy, Pharmaceutical Industry and Chemicals.

These new contracts demonstrate the Group’s ambition to develop its activities in industrial markets: SUEZ is leveraging innovative technologies and expertise to deliver premium services to industrial clients in order to meet their challenges in terms of the environment, production’s optimization, operational excellence and continuity of services.

In the United Kingdom, bp joins forces with SUEZ by signing a Memorandum of Understanding to explore the feasibility of co-developing the UK’s first carbon capture and storage project from energy-from-waste. This project forms part of the "Net Zero Teesside" (NZT) project, which aims to decarbonise local industry by 2030 and plans to capture up to ten million tonnes of carbon dioxide emissions from industrial facilities, the equivalent to the annual energy consumption of more than three million UK households. The SUEZ Group will harness their combined expertise in energy-from-waste and CO₂ separation systems to develop a solvent based modular system to capture CO₂ from SUEZ’s energy-from-waste plants from waste in the Teesside area to feed the NZT project.

In France, EDF has renewed its trust in SUEZ for the management of the transit station and conventional waste at the CRUAS Nuclear Power Plant in the Ardèche region. Each year, 3,000 tonnes of hazardous and non-hazardous waste will be treated by SUEZ’s Drôme Ardèche Vaucluse agency, recognised for its experience with major industrial customers. EDF has high expectations in terms of environmental protection, and SUEZ is therefore committed to recovering at least 90% of the waste while constantly looking for new and more efficient treatment methods. For example, EDF and SUEZ are considering the installation of a compost bin for bio-waste, which would allow the waste to be treated on site, thus avoiding CO₂ emissions for its collection. The compost could be used either by spreading it or through distribution to site staff.

SUEZ (through Water Treatment & Technologies) has been awarded a multi-million dollar contract by MODEC Offshore Production Systems for the supply of a seawater injection system including sulphate removal technology (SRU). The equipment will be located onboard a converted floating production, storage, and offloading (FPSO) vessel that MODEC is constructing on behalf of Woodside Energy (as operator of the Rufisque Offshore, Sangomar Offshore and Sangomar Deep Offshore joint venture) for the Sangomar oilfield located approximately 100km south of Dakar, Senegal.

In Belgium, Ajinomoto Bio-Pharma Services entrusts SUEZ with the delegated management of 20,000 tons of hazardous industrial waste a year, for 4 years and a turnover of €12 million. SUEZ (through Industrial Waste Specialties) will intervene on different streams produced on 2 sites in order to ensure the collection, treatment and final recovery. This contract allows SUEZ to support Ajinomoto Bio-Pharma Services in the enhancement of its economic and environmental performance.

In China, INVISTA, a global manufacturing leader in chemical intermediates, polymers, and fibers, strengthened their collaboration with SUEZ by signing a third agreement lasting 15 years. Tasks will include disposal of waste generated by the company’s adiponitrile plant as well as upgrading its existing production lines, specifically at Shanghai Chemical Industry Park’s (SCIP)1 petrochemicals plant. Following two successful partnerships in China (2015) and North America (2019), SUEZ will lend its expertise in order to eliminate hazardous waste and promote sustainable growth across the industry. 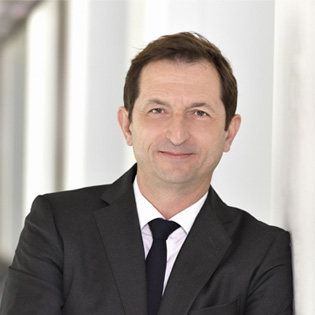 These new contracts demonstrate the Group's commercial dynamism on priority industrial markets and confirm SUEZ's position as a key player in optimizing the economic and environmental performance of its clients. SUEZ aims to work concretely to fight global warming by reducing its carbon footprint by 45% by 2030 and is committed to reduce its clients’ carbon emissions by 20 million tonnes each year by 2030. Despite an unprecedented health crisis, I am proud of our teams’ commitment towards our industrial clients to provide them with high value-added solutions, with cutting-edge services guaranteeing operational excellence and sustainable growth through the implementation of environmentally friendly models