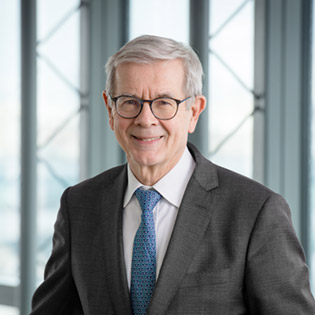 Chairman of the Board of Directors of SUEZ

Philippe VARIN is an alumnus of the École polytechnique and École des mines de Paris.

He joined the Péchiney group in 1978 as a researcher and subsequently held a number of management positions within the group (management control, strategy, project direction) before being appointed in 1995 as Director of the Rhenalu Division then Chief Executive Officer of the aluminum segment and member of the group’s Executive Committee in 1999.

In 2003, he joined the AngloDutch steel group Corus as Chief Executive Officer. He was Chairman of the European Confederation of Iron and Steel Industries (Eurofer) from 2006 to 2008.

Appointed Chairman of the Management Board of Peugeot SA in June 2009, he left the group in 2014.

He was currently Chairman of the Board of Directors of Orano until May 2020.