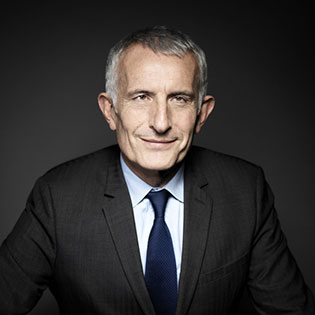 Independent Director. Chairman of the Management Board of SNCF

Guillaume Pepy studied at the École Nationale d’Administration and is a Legal Advisor at the Conseil d’État (France’s highest administrative court).

Guillaume Pepy has performed various functions at SNCF (Director of Main Lines, then Investment, Economy and Strategy Director, and in 2003 Chief Executive Officer) and in ministerial offices
(technical advisor to the office of Michel Charasse, then chief of staff for Michel Durafour and chief of staff for Martine Aubry).