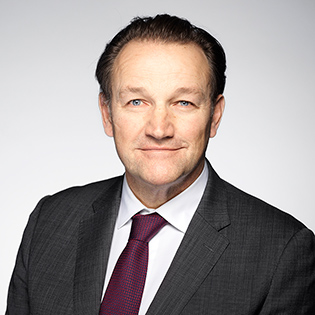 Franck Bruel has served as Deputy CEO of ENGIE and has been a member of the Executive Committee and head of the UK, LATAM and NORAM (USA, Canada) BUs since May 1, 2019.

Prior to that, he was Deputy CEO of ENGIE and Head of the France BtoB BU since December 2016.

Franck Bruel has extensive experience in the services industry, both in France and abroad.

He began his career at L’Oréal before joining the Pinault Distribution Group, followed by the Samse Group, where he held marketing and sales positions.

In 2010, he joined the family-owned Group Sonepar (world leader in the distribution of electrical equipment) as Chief Operating Director, before being appointed Chief Executive Officer of the Sonepar Group.

He joined ENGIE in 2016. In 2018, Franck Bruel published a book called L’Énergie Efficace – Quand moins et mieux font plus (Efficient Energy, When Less and Better Means More). It has been translated into two languages.
Other major offices and positions held during the last five years