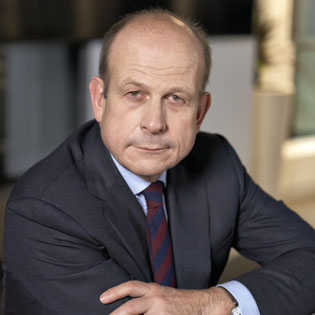 As of January 1st, 2020, Christophe Cros is Senior Executive VP Group in charge of the North America Region and President of Water Technologies & Solutions (WTS).

A former student of the Ecole Nationale d’Administration and a graduate of the Institut d’Études Politiques in Paris. He began his career as a magistrate at the Cour des Comptes (1985–1989) and then Head of Financial Organization for the Centre National des Caisses d’Épargne.