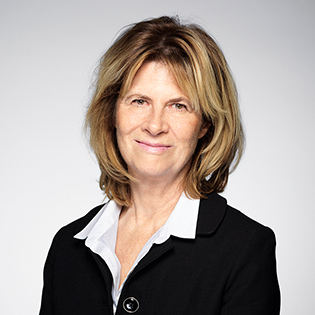 Brigitte Taittinger-Jouyet is a graduate of the Institut d’études politiques de Paris and holds a Master’s in History from the Faculty of Human Sciences at Reims University.

In 1984, she was appointed Advertising Manager at Publicis, before joining the Marketing Department within the Taittinger Group in 1988, where she was in charge of industrial and hotel companies.

From 1991 to 2012, she was Chairwoman and CEO of the perfume company Annick Goutal.

From 1995 to 2015, she was also Vice-Chairwoman of Baccarat. Between 2013 and 2017, she was Director of Strategy and Development at Sciences Po Paris.

She has been also a Director of HSBC France since 2008 and of Fnac Darty since 2014.